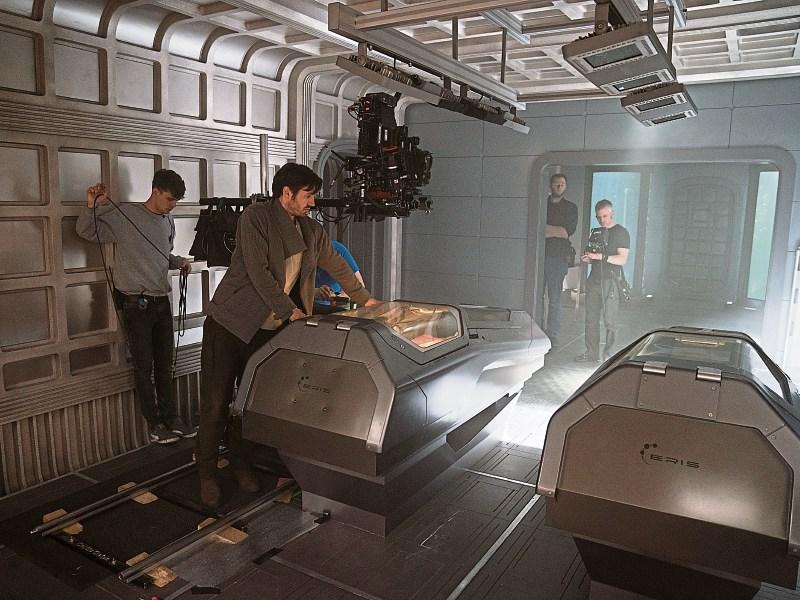 THE big budget sci-fi series Nightflyers that was shot at Limerick’s Troy Studios has been cancelled, according to multiple reports.

The series, based on a novella by Game of Thrones author George RR Martin, was filmed over several months as the debut production at Troy Studios on a more than €50m budget.

According to trade magazine The Hollywood Reporter, Syfy has opted to cancel the series, which was shot on location at the massive film facility in Castletroy, as well as using a number of outdoor locations around Limerick.

Hopes were high that a second season of the series, co-produced by Netflix with Syfy, owned by NBCUniversal, would air and the production would return to Limerick.

Speaking before production finished, Nightflyers producer Sean Ryerson said he believed that Limerick would become a hub for the film industry. Asked if he was confident of a second season appearing, he said: “Oh, I am hopeful. What are ya gonna do? You can’t say, but I think it will.”

It is understood that Nightflyers had a hold on the studio space it was utilising in Troy after filming on the first series finished, but that the massive sets have been dismantled in recent weeks.

Asked if production companies would now be vying for space at Troy Studios, Mr Ryerson replied: “I hope not because we want to keep them, the studios, for us. I hope what it means is that somebody builds another studio here because there is interest and now there is a crew base, and now people will want to keep it going.”

Nightflyers aired on Syfy in the United States in late 2018 and on Netflix here from February 1.

The series, which was described as “Psycho in space” by Game of Thrones author Martin, follows eight maverick scientists and a powerful telepath who embark on an expedition to the edge of the solar system aboard The Nightflyer – a ship with a small tightknit crew and a reclusive captain – in the hope of making contact with alien life.

The season consisted of 10 episodes. It was produced by NBC Universal and Universal Cable Productions, with Netflix a co-producer.

The €53m budget production had a 91% Irish crew with an average of 320 employees on site in Limerick each day. It received funding of €850,000 from the Irish Film Board.

Nightflyers started production at Troy in February of last year, where huge sets were constructed, including a scale set of the ship itself. Large numbers of extras were required.

Troy has since announced a major expansion which could see up to 800 staff working at the facility in Plassey’s National Technology Park.

The studio, based at the old Dell building, is adding a fourth sound stage to its offering.

Troy Studios chief executive Siún Ní Raghallaigh has said she hopes the first productions at the extended facility will roll in early 2020. It will see the facility become “the largest international standard film and tv studio on the island”, according to Troy chairman Joe Devine.

Limerick City and County Council bought the 350,000 square foot building in 2015 with Troy taking a 20-year lease and investing a significant sum to transform it into a studio facility.