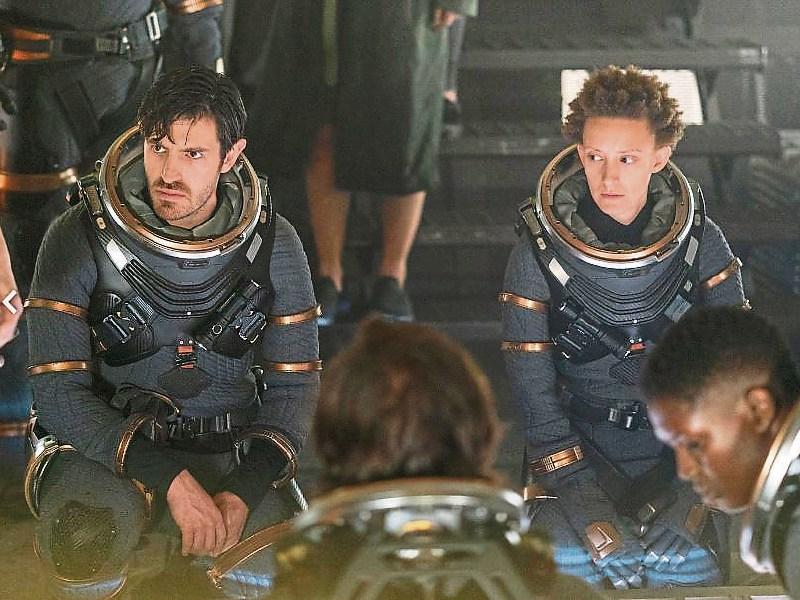 NIGHTFLYERS will finally lift off on Netflix in February, it has been confirmed.

While the big-budget sci-fi series, which was shot at Troy Studios, has aired on Syfy in the United States, it has not yet been available on domestic screens.

However Netflix has confirmed this Tuesday afternoon that it is “launching in Ireland and everywhere outside of US on February 1”.

The series, which is executive produced by George R. R. Martin who also wrote the novella on which it is based, was shot on location at the massive film facility in Castletroy, as well as using a number of outdoor locations around Limerick.

Troy has said the airing of the series would be a “proud moment for Troy Studios and hundreds of people from Limerick and the Mid-West who played a role” on its production.

The series, which has been described as “Psycho in space” by Game of Thrones author Martin, follows eight maverick scientists and a powerful telepath who embark on an expedition to the edge of the solar system aboard The Nightflyer – a ship with a small tightknit crew and a reclusive captain – in the hope of making contact with alien life.

The season consists of 10 episodes. It was produced by NBC Universal and Universal Cable Productions, with Netflix a co-producer.

The €53m budget production had a 91% Irish crew with an average of 320 employees on site in Limerick each day.

Nightflyers started production at Troy in February of last year, where huge sets were constructed, including a scale set of the ship itself. Large numbers of extras were required.

Troy has since announced a major expansion which could see up to 800 staff working at the facility in Plassey’s National Technology Park.

The studio, based at the old Dell building, is adding a fourth sound stage to its offering.

Troy Studios chief executive Siún Ní Raghallaigh has said she hopes the first productions at the extended facility will roll in early 2020. It will see the facility become “the largest international standard film and tv studio on the island”, according to Troy chairman Joe Devine.