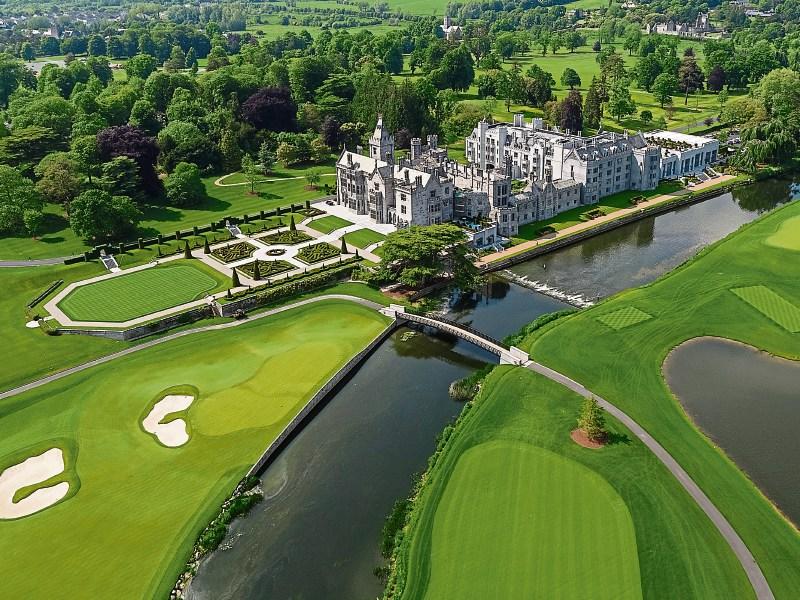 THE Adare by-pass could be ready in time for the Ryder Cup in 2026 if everything goes smoothly with the planning process.

This was the good news delivered at a special meeting of Adare Rathkeale councillors this Wednesday.

Planning application for the by-pass and the new road linking Foynes to Limerick is expected to be lodged with An Bord Pleanála sometime in the second quarter, between April and June this year, David Leahy of the Mid-Western Road Design Office told the meeting.

The planning application will involve 34km of new road in total with almost half of this, 16km, as the M21 motorway. This new stretch of motorway will bypass Adare as far as the new access road to Rathkeale and then continue as a dual carriageway to Foynes.

Ten houses will need to be acquired as part of the scheme, councillors were told, and there has been a series of meetings with landowners who will be written to when the planning application goes in. The formal CPO notices will follow at a later stage.

But minor adjustments are still being made to the final design, in relation to access roads, councillors were informed, and an oral hearing is likely to take place in the autumn.

However, despite welcoming the Adare by-pass, councillors raised concerns about the junction to Adare off the new motorway to Adare.

“We all know the crux of this is the turn into Adare,” Cllr Ciara McMahon said.

According to the design, that junction will bring traffic off the motorway to a new roundabout a short distance west of the present roundabout at Lantern Lodge.

“I do believe, with a bit of sensitivity, there could be a better design put in place,” Cllr Stephen Keary said.

He also demanded to see the economic impact survey he had requested for Adare but which neither he nor other councillors had seen.

“Until such time as that happens I am not happy that the submission goes to An Bord Pleanála,” he said.

And he warned that “the whole community of Adare” as well as the Fitzgerald family, owners of the Woodlands House Hotel, were not happy with the design and the possible impact on business. He also suggested the designers should be proactive and take into account the proposal to develop the Limerick Cork road as a motorway.

A major interchange at Attyflynn would serve both, he argued and allow traffic to Adare in along the old road.

But consultant engineer Seamus MacGearailt said it would add €2m to the cost of the scheme to link the motorway to Adare via the Lantern Lodge. It would also involve additional operational costs for motorists.

He also rejected the suggestion of a major interchange at Attyflynn. It could not be part of the M21 scheme as the M20 to Cork  had only come back on the table in the last 12 or 18 months, he countered. They had anticipated the M20 by “staying out of the way” of it, he said.

Besides, he continued: “If you are going to Adare, you have an Adare junction.”

Cllr Richard O’Donoghue’s concern was that traffic for Adare would start backing up on the motorway, pointing out the mistake made at Ballysimon, near the city.

“I want to make sure mistakes from the past don’t come to haunt us on the by-pass,” he said. “We have only one shot at this.”

He was also concerned that environmental issues wouldn’t scuttle the project. Frogs had stopped roads before, he said.

“Don’t tempt fate,” Cllr Kevin Sheahan warned, pointing out that all capital projects could be under threat as a result of the over-run on the Children’s Hospital.

“I would hate to think May 24th is tempting us to raise issues. Let the hare rest. Adare bypass was missed out twice before.”