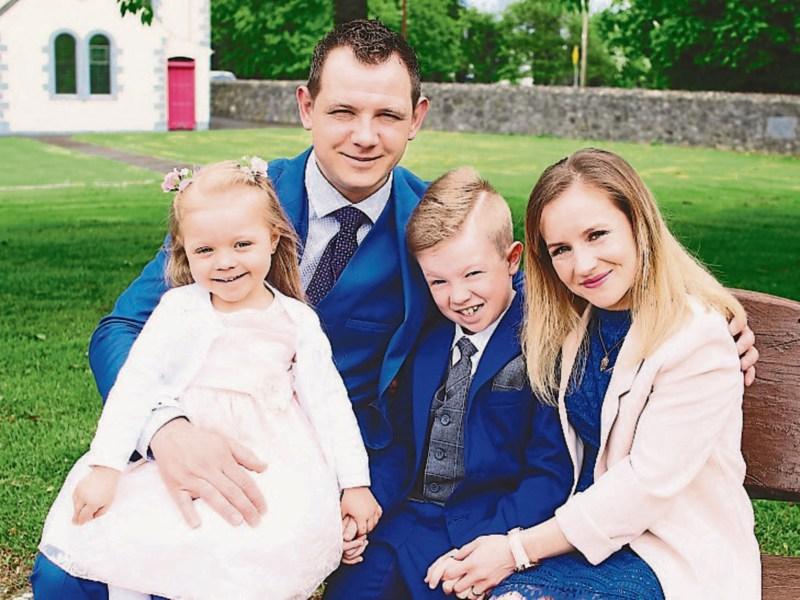 Tragic loss: The late Patryk Kacprowicz with his partner Katarzyna and their beautiful children Nicholas and Nanette

THE FIANCÉE of a Polish man who died after a road accident before Christmas said her heart and her children’s hearts are breaking.

Katarzyna Linowska‎ publicly thanked the people of Hospital for their support in the days and weeks following the death of her partner Patryk Kacprowicz, 33, who died in hospital four days after he was seriously injured while crossing the Main Street of Hospital where he lived.

His funeral Mass on December 19 heard that his family had donated his heart, liver, and his two kidneys.

A Go Fund me page was set up to help towards funeral expenses and support his fiancee and two children into the future. The target was €10,000. It has now reached over €30,000.

Katarzyna‎ wrote on Hospital’s Facebook page how moved she has been by the community’s kindness. She thanked her family, friends and strangers for the support and help she has received during this difficult time.

“For every gesture and good word, for minding my kids, preparing and supplying food, for each and every single cent, thank you. I always knew that Patryk had many friends here in Ireland because every time I sent him somewhere he disappeared for at least 40 minutes chatting with someone. He always had a good word for everybody,” said Katarzyna.

She said her heart and her children’s hearts are breaking.

“Our lives will never be the same. By losing Patryk, half of me died with him. He was my best friend, fiancé and wonderful father. He was the one who always made me laugh and gave me good advice. I still can not believe and will always feel it is so unfair that such a lovely and sunny person is gone. For me and my children Christmas time will never be the same again. There will always be an emptiness and pain in our hearts. I hope you all will share your lives with your loved ones.

“So once again I would like to thank so much. I really appreciate every little help. There are no words to describe my gratitude. You are all so lovely and kind,” said Katarzyna.

At his funeral Mass, Canon Conor Ryan, PP, spoke of the gift of Patryk’s organ donation.

Performing hymns at St John The Baptist Church, was a children's choir, including pupils from Scoil Íosagáin, where Patryk’s son, Nicholas, and daughter, Nanette, attend. Patryk, a popular member of Hospital Tennis Club, had worked for the past eight years at Munster Packaging.

“Needless to say, that with the name Patryk, he was going to end up as ‘Paddy’, and he was known all over the parish as ‘Paddy from Poland’,” added Fr Ryan.

Patryk touched the lives of so many during his time in Hospital. Just one was local and international handball star, Paudi Quish, who said he was lucky to know Patryk.

“Patryk had a personality that always lit up the room whenever he walked in. He was so full of energy that you would always feel happier after the smallest discussion with him. I was devastated to hear what had happened as an integral part of the Hospital community has been lost,” said Paudi.