‘Patryk will not be forgotten’: Family of Limerick crash victim praised for donating organs 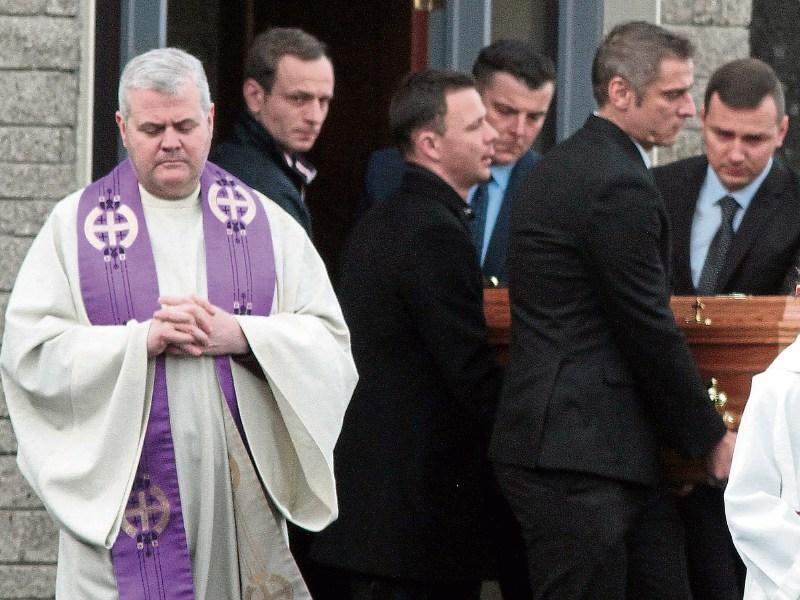 THE family of a father of two, who died last week after being struck by a van in County Limerick, were praised at his funeral for donating his organs, which have already given others in need an improved chance of survival.

Patryk Kacprowicz, 33, a native of Poland, died in hospital last Saturday, four days after he was seriously injured while crossing the Main Street in the town of Hospital where lived.

His funeral Mass this Wednesday heard that his family had donated his heart, liver, and his two kidneys.

“In their generosity and with Patryk’s wishes, they have donated his organs, and I think it is worth mentioning how important this is for modern medicine,” Canon Conor Ryan, PP, Hospital Herbertstown told the mass.

“He donated his kidneys, his liver, and his heart.

“Thank God there are people (like Patryk)...his heart went to England...and there are people in England and in Ireland who have a better health and quality of life thanks to Patryk and his family,” he added to a burst of applause from the congregation.

Performing hymns at St John The Baptist Church, was a children's choir, including pupils from 4th, 5th and 6th classes at Scoil Íosagáin, where Mr Kacprowicz’s son, Nicholas a fourth class pupil, and his daughter, Nanette, a junior infants pupil, are attending.

Fr Ryan said it was a “sad time” for everyone in the parish, after they had welcomed Mr Kacprowicz into the local community 12 years previously.

Mr Kacprowicz, a popular member of Hospital Tennis Club, was a well known player in the Limerick leagues, and had worked for the past eight years at Limerick manufacturing plant Munster Packaging.

“Needless to say, that with the name Patryk, he was going to end up as ‘Paddy’, and he was known all over the parish as ‘Paddy from Poland’,” added Fr Ryan.

“Patryk’s life was tragically cut short with this terrible accident. He was in the prime of his young life. We can never really fully understand why life throws up such tragedies.”

“It’s so difficult for his young family, but we ask God to ease the burden of their loss and to be able to face the future with some hope.”

“I know the community here will help.”

Fr Ryan said Mr Kacprowicz had “a sunny and smiley nature”, and he had been a dedicated father, and partner to his fiancée Katazyna.

A number of locals had kept him alive immediately after the collision last week by performing CPR and using a defibrillator until paramedics arrived.

The Kacprowicz family thanked the community for all their help, as well as people who had contributed to a fund set up in the wake of his sudden death to help his family.

The fund, which is available here (https://www.gofundme.com/memorial-fundraiser-patryk-kacprowicz) has raised over €26,000 in public donations.

“Patryk will not be forgotten among us. He used to say that he felt Ireland was his home, and he planned to make his life here with his family permanently,” Fr Ryan said.