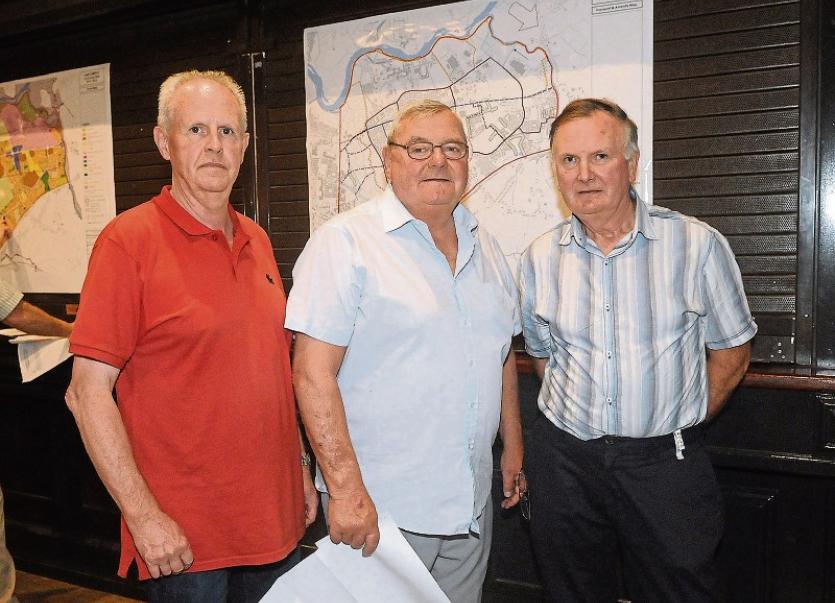 MEMBERS of Limerick City and County Council have agreed to the Castletroy Local Area Plan – with a number of small amendments.

Councillors met on Thursday last to discuss the massive document, which will serve as a blueprint for the expanding suburb from 2019 to 2025.

There was criticism of government – whose National Planning Framework the Castletroy plan was prepared with reference to – for potentially restricting the growth of Castletroy.

The wide-ranging plan, which runs to hundreds of pages, envisages the population of Castletroy increasing from 14,700 to almost 27,000 by 2040.

But in a bid to “promote compact settlement patterns” the local authority is proposing to reduce the total amount of land zoned for residential use within the Castletroy area from 320.86 hectares to 261.17 hectares.

Mayor James Collins said: “We want to do a whole lot more in Castletroy and Limerick, and we feel we are restricted by national planning. We need to play our part to alleviate that.”

One of the prime examples of the reduction of land for homes came in the form of the Horizon Mall site, with the new owners Novelty Icav wanting to develop some 191 apartments there – around 47% of the land.

However, the Castletroy plan only allows for residential development on the land to the tune of 15%.

Council members passed a resolution to lift this cap to closer to 50% in the hope the Horizon site will be developed.

Meanwhile, there was criticism of other land not being zoned residential – and also of the fact the transient student population in Castletroy does not seem to be acknowledged by the plan, with Cllr Marian Hurley saying the Department of Housing and Planning needs to be made aware of the "unique circumstances” of the area.

The Fine Gael councillor added: “There is land at the corner of Plassey Park which was previously zoned residential. People are willing to develop it. It would be ideal for people who are working and need apartments, rather than two or three bed houses. We need to spread the density in the Castletroy area.”

Sinn Fein councillor Séighin Ó Ceallaigh – who graduated from UL this week – said: “Student accommodation is the missing piece of this jigsaw. UL could have 20,000 students in the future,​ and it’s a huge struggle.”

He said in some cases, six students are living to a three-bedroom house, while others travel from across the city, exacerbating the traffic problems in Castletroy.

Cllr Joe Pond, Fianna Fail added: “I find it hard to believe central government do not look at Castletroy differently. I get calls every day asking if there is accommodation. It’s crazy out there.”

Attention was turned to the lack of transport included in the plan, with Mayor Collins saying: “We are making mistakes of the past in terms of putting housing in, but not services.”

The Fianna Fail man made the point that in many previous plans, a park-and-ride had been included, in one case at the Mackey roundabout.

“But time and again, this never sees the light of day,” he added, “We never put the resource behind it.”

As well as the Horizon Mall cap being lifted, three other amendments were passed.

Cllr Pond proposed that lands opposite Aisling Annacotty soccer club be rezoned from agricultural to residential use.

Labour councillor Elena Secas also proposed the area maps are amended to represent the existing and planned network of walkways and cycleways in the Castletroy area.

She also called for the deletion of a planned pedestrian route behind Curragh Birin and Caislean Na hAbhainn.

These amendments will now go on public display for a month to allow members of the public to have their say.

It’s likely to be November’s metropolitan meeting before the proposals are voted on by members.

The amendments were voted through by all councillors, apart from Sinn Fein’s three members.