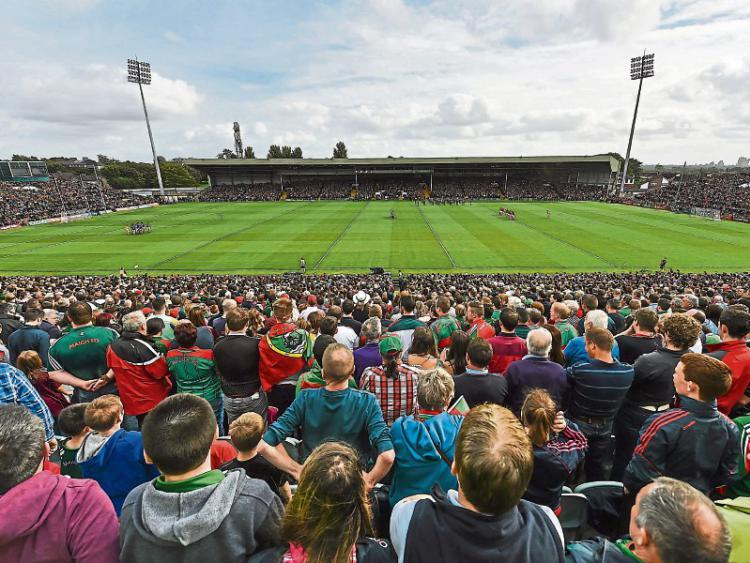 LIMERICK’s historic clash against Galway in the All-Ireland senior hurling final will be showcased on a giant screen at the Gaelic Grounds, it has been confirmed.

Limerick City and County Council and Limerick GAA made the joint announcement this Wednesday morning following talks on the homecoming and the screening lasting for more than a week.

The big screen will be located at the Ennis Road venue on Sunday, August 19, and gates will open for the free-ticketed event at 12 noon.

There will be a Big Screen in #Limerick to watch the All Ireland Hurling Final. In conjunction with @LimerickCLG the big screen will be in the Gaelic Grounds. Free tickets available from lunchtime today from https://t.co/beYgkO5q2y. pic.twitter.com/fFVLcIhf2Q

It is understood that the physical layout of the event will be similar to the National Geographic Symphony for our World concert next month.

Mayor of the City and County of Limerick, Cllr James Collins welcomed the announcement this Wednesday morning.

“This is fantastic news for Limerick hurling supporters, who won’t be able to make it to Croke Park for the final.  What better place to watch the final than in the home of Limerick GAA, the Gaelic Grounds.

“Sunday the 19th of August will be a very special occasion, one that doesn’t come around too often, and I thank Limerick City and County Council and Limerick GAA for providing the big screen for the match,” he said.

Mayor Collins said that the anticipation of the final is building and they have been determined to hold a free, family-friendly event on match day.

“The GAA is all about community and county and what better way to celebrate your locality and the Limerick team than in the Gaelic Grounds watching the match with friends and family.  I’ve no doubt the atmosphere in the stadium will be amazing.”

Mayor Collins added: “I’m also calling on businesses and communities across the city and county to get behind the team and proudly display the green and white and show their support for the team.”

They can be booked for free via www.tickets.ie from this Wednesday 1pm or from Centra or Supervalu stories from next Monday morning.

The idea of hosting a big screen for the match was first publicly mooted by metropolitan mayor Cllr Daniel Butler, shortly after Limerick’s victory against Cork in Croke Park two weeks ago.

Limerick’s All-Ireland contest against Kilkenny in 2007 was screened at City Hall, attracting a crowd of 2,500 fans.

The following year, Munster’s famous victory against Toulouse for the Heineken Cup final was broadcast live via a giant screen on O’Connell Street.