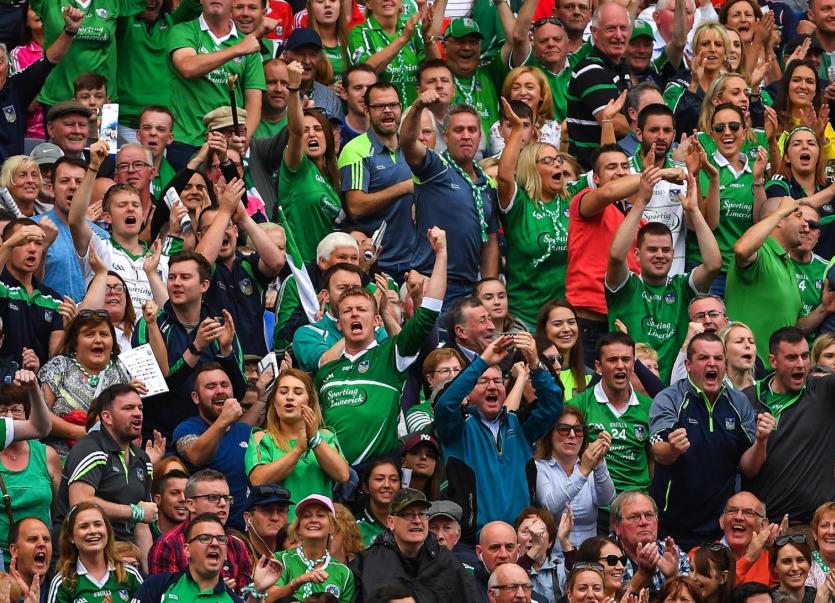 LIMERICK City and County Council has been urged to bring out big screens when Limerick vie to claim their first All-Ireland senior hurling title in 45 years on Sunday August 19.

There will now be a major scramble for tickets for the final showdown at Croke Park as the boys in green will take on either Clare or Galway.

Limerick delivered a Lazarus-like performance against a fatigued Cork, who had looked All-Ireland final-bound in the latter stages of the second half.

But after ending full-time with a draw, a tired sea of red rivals were unable to keep up with the unblemished exuberance of the Treaty boys, thanks to goals by Shane Dowling and Pat Ryan.

What had appeared to be a heartbreaking journey home for the Limerick lads in the second half, the boys in green ended the semi-final clash winning 3-32 to 2-31.

Metropolitan mayor of Limerick, Cllr Daniel Butler has now called on the council and local businesses to arrange for a big screen to appear on All-Ireland final day in the city centre.

“That victory says everything about this team. Absolute belief to the end, honesty and intelligence tactically,” Mayor Butler said, paying tribute to the victors.

#AllIrelandFinal I have this evening formally requested Limerick Council Mgt to set about exploring the possibility of a large screen to show the All Ireland Final immediately. This is to ensure a safe, fun & importantly family friendly event can be organised. #LuimneachAbú pic.twitter.com/3hLH2yCoX2

“We are witnessing a year of some of the finest hurling ever seen and possibly the finest Limerick team. Tickets will be at a premium and some of us are already looking and many will be disappointed.

“So I think to deal with that, I will be calling on Limerick Council and local businesses to come together and arrange for big screens in the city centre,” he said.