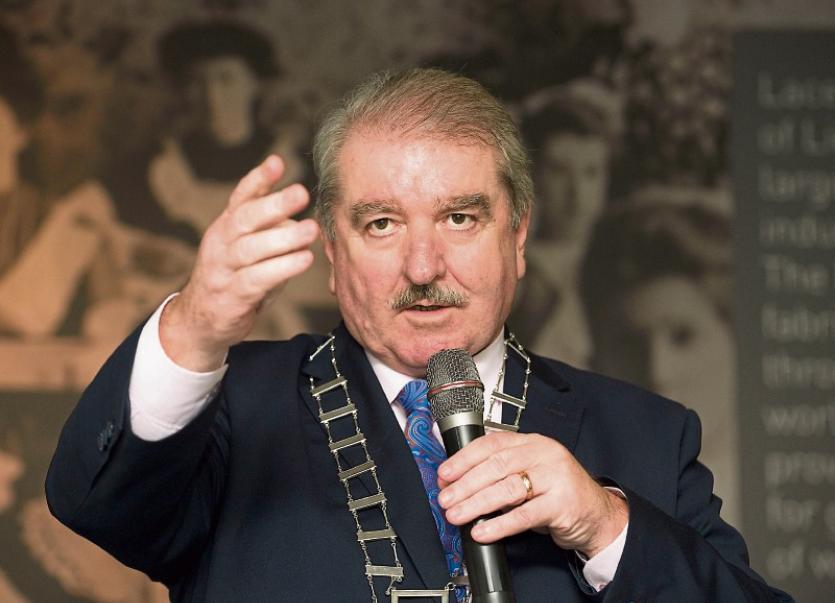 Kevin Sheahan, Fianna Fáil councillor and former Mayor of Limerick, thinks that the local authority needs to come up with a wider strategy to deliver the hundreds of social houses needed

A LOCAL councillor has called for a ‘social housing masterplan’ for Limerick, which would include plans for every social development in the city and county, to deal with the homelessness crisis.

Kevin Sheahan, Fianna Fáil councillor and former Mayor of Limerick, thinks that the local authority needs to come up with a wider strategy to deliver the hundreds of social houses needed.

That, he said, would be preferable to the local authority presenting plans for individual developments.

“There is no indication to me that anybody is acknowledging the housing crisis,” said Cllr Sheahan.

The housing waiting list for Limerick is 2,630. And that figure is nearly four and a half thousand if those on rent subsidy are included.

The call comes after plans for social housing in Adare hit a brick wall, when councillors disagreed with the design.

“I think the time has now come, and I am calling on the CEO for a masterplan to be prepared by Limerick City and County Council to deal with the homeless issue, and to deal with the Adare issue and any other issue with social developments anywhere else,” said Cllr Sheahan.

“The Government blames the local authority when asked about the delivery of houses.”

When queried on the efficacy of the Housing Strategic Policy Committee (SPC), Cllr Kevin Sheahan said: “SPCs are not the vehicle for a crisis”.

“One of the ways that has not been addressed has been the allocation of sites to local people.”

The councillor suggested that all 31 local authorities in the country should be instructed by the Government to sell 50 sites in each district, where council-owned landbanks were available. “That could amount to five per village,” he said.

That proposal would amount to some 200 sites per local authority - and nationwide, could yield over 6,000 houses.

Cllr Adam Teskey said that “council-owned houses are empty. They need some investment”.

In the last month in the metropolitan district, Cllr Michael Hourigan raised concerns about the design and location of a proposed development at North Circular Road.

In the Cappamore-Kilmallock district, a motion to build houses on council-owned landbanks was unanimously agreed because of the shortage.

A spokesperson from the council said that “Limerick City and County Council takes a holistic approach to the development of housing”.

It also utilises “housing delivery options, including programmes to return vacant housing to use such as the Buy and Renew and Repair and Lease Schemes”.

The council said that it has completed assessments and strategic plans, and that detailed masterplans are in place for larger land banks, such as regeneration areas and Mungret’s Twenty Thirty site.