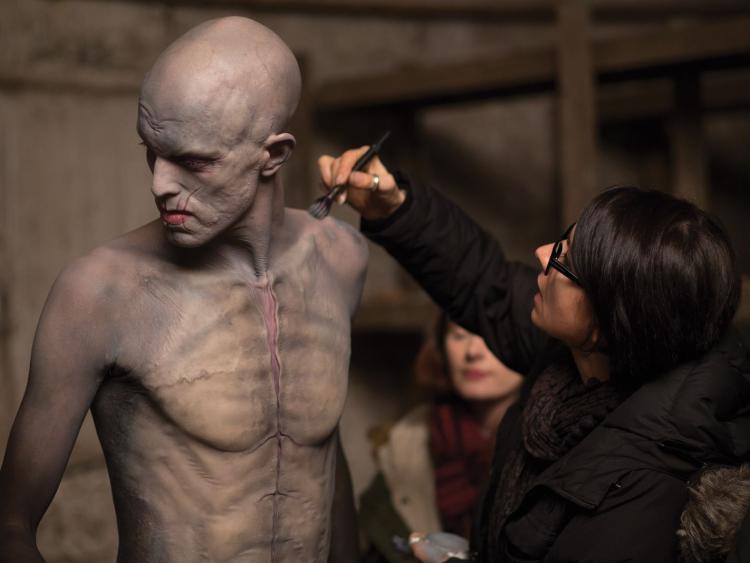 Wanted: Humanoid Clone for Nightflyers, not unlike this one Picture: Movie Extras.ie

THE big budget sci-fi series shooting at Limerick's Troy Studios is casting for the 'interesting role' of 'Humanoid Clone'.

The Syfy-backed series, which is based on a novella by George RR Martin, is seeking to cast "slim, bald males and females" for the role, according to MovieExtras.ie, who are casting the show, filming at the huge 350,000 sq ft facility in Castletroy.

Peter Dalton of MovieExtras.ie said the search for the role was "still ongoing" and it was a "pretty cool, interesting role".

A huge number of extras are required for the lengthy shoot, production on which started in February and is expected to continue until mid-summer and is employing hundreds of people on the infrastructure, including a 30% local crew, according to the studio.

MovieExtras.ie said the paid role of Humanoid Clone was such that applicants must be "physically fit" for the show, which will be seen here on Netflix.

"We are currently casting for the featured extra role of “Humanoid Clone” on Nightflyers. The role will require a lot of prosthetic work and the person must be bald or willing to have their head completely shaved. It is a physically demanding scene so dance/martial arts/gymnastics training would be advantageous.