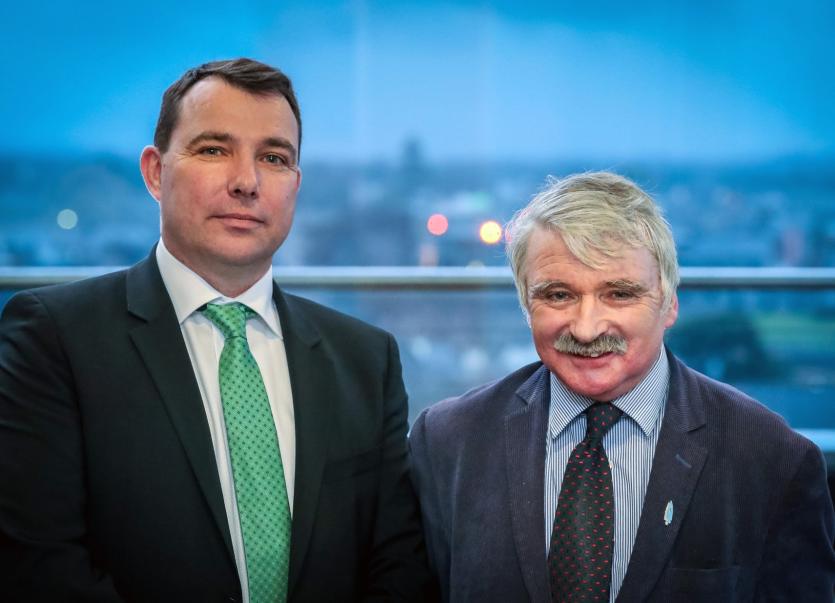 With a general election expected within the next 12 months, the party’s grassroots met this Thursday night in the Strand Hotel to ratify their two candidates.

Former Defence Minister Mr O’Dea and Cllr Collins were the only two names put forward, and were thus automatically selected to represent the party in the next Dail vote.

Mr O’Dea topped the poll in the last general election, with a huge surplus of 3,646 in 2016 – and Cllr Collins, who is himself a local election polltopper, hopes this record will help Fianna Fail secure the second seat which has eluded the party here since 2011.

“Willie is good at what he does. He has been a huge vote-getter in both good times and bad times for us as a party. He continues in that vein. I think for us, that gives us a really strong chance at a second seat,” Cllr Collins said.

The publican, who lives in O’Connell Avenue, came on top in the local elections at the City West constituency in 2014, securing 1,445 votes, and has been a high-profile voice on City and County Council since as the party’s block leader in the city and a member of the Limerick 2030 company.

But, he acknowledges the City constituency is uncharted territory for himself, stretching as far as Castleconnell and Newport in Co. Tipperary.

As expected, @LimerickFiannaF has picked @willieodeaLIVE& @jamesjcollins to run in next General Election whenever that is. They are pictured with former shannon Dev chair @BrassilJohnTD who officiated at tonight's convention in @LimerickStrand. Full story: https://t.co/W29N2akUgI pic.twitter.com/OrQZcMgOI1

Cllr Collins had sought to run in the 2016 election, but eventually decided against it, saying he did not approve of the Fianna Fail national executive’s decision to run just one candidate – something party leader Micheal Martin has since overruled.

“What we need to see is Limerick restored as the driver in the Mid-West. Limerick is a way of life, a way of living, and I want to keep adding to the great things we already have going for us as a city,” he added.

Fianna Fail becomes the last of the major parties to select its general election candidates in the city.

Solidarity will field Cllr Cian Prendiville, while sitting TD Maurice Quinlivan will seek a seat for Sinn Fein once more.

For more from this event, see the Monday Leader.