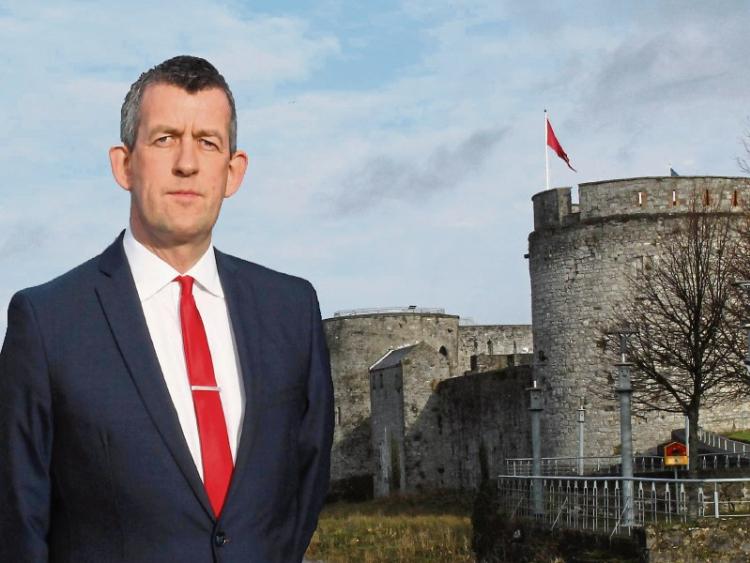 Deputy Maurice Quinlivan: 'Honoured to have been unanimously selected by my party comrades and friends'

DEPUTY Maurice Quinlivan was unanimously selected to contest the next general election for Sinn Féin over the weekend.

His nomination was ratified at a selection convention at the Horse and Hound Public House on Saturday.

A number of speakers, including Cllr Malachy McCreesh, Cllr John Costelloe, Senator Paul Gavan and party chairperson Tom Collopy, spoke in support of Deputy Quinlivan, prior to the vote  by members.

Speaking following his nomination, Deputy Quinlivan said he was delighted.

“I’m  honoured to have been unanimously selected today by my party comrades and friends to contest the next general election in Limerick City for Sinn Féin. Since being elected I have worked hard to be a voice for working people in this city. I believe in progressive politics and a better future for our city based on radical Republican principles of economic justice and equality,” he said.

“If elected I will continue to campaign for much greater investment in housing, and healthcare for our city. For decent public services, proper investment in infrastructure, fair taxation, and an end to the golden circle culture that drove our state to bankruptcy, and still rules the corridors of Leinster House,” he added.

The former councillor says he believes Sinn Fein has a role to play in Limerick and is hopeful he can retain his set whenever the next general election takes place.

Deputy Quinlivan continued: “Sinn Fein are the leading party of the Left in Limerick City, and its absolutely vital that we continue to hold that Left Dáil seat for the people.

“The conservative coalition of Fine Gael and Fianna Fáil represent the old politics of wealth and privilege. We need to ensure a strong voice for the working people is retained in the years ahead. I believe I can be that voice, and am humbled to be re-nominated by my party colleagues in Limerick,” he said.

A number of other parties also selected their general election candidates for Limerick city in recent weeks.

Senator Kieran O’Donnell and Senator Maria Byrne will contest the election for Fine Gael while Deputy Jan O’Sullivan will run for the Labour Party.