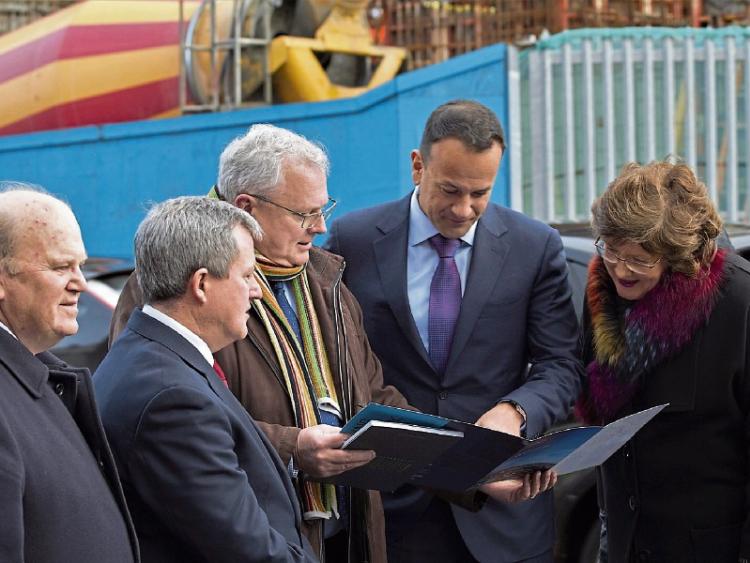 Taoiseach Leo Varadkar in Limerick last week, where he confirmed the route the M20 will take to the Limerick Leader

TAOISEACH Leo Varadkar has confirmed the M20 will pass along the route as originally envisaged – putting an end to fears the €1bn project could be further delayed.

In an exclusive interview with the Leader, Mr Varadkar put to bed any suggestions the Limerick to Cork motorway would vary from the route proposed when it was axed in 2011, saying if that was to happen “you’d set it back months and years”.

He said the Capital Plan, due out soon, will outline the 80km route as initially planned, from the junction with the N21 at Attyflynn, to the proposed Cork northern ring road near Blarney. This corridor would run to the west of the current N20.

”The intention is to follow the route plan which has been intended for a very long time, the direct route between Cork and Limerick, because that provides the bypass for Buttevant and Charleville, and other towns along the way,” he said.

Mr Varadkar said this is crucial, as it “doesn’t just link Cork and Limerick, but also to Galway too. This gives us three big cities linked by road and rail which is important for balanced regional development.”

It will also provide the fastest link between Ireland’s second and third cities.

Senator Kieran O’Donnell has welcomed the comment, adding: “The key thing now is we deliver the road quickly”.

The former Transport Minister’s intervention, however, puts him at odds with the current holder of the portfolio Shane Ross who earlier this month – as revealed in the Limerick Leader – had asked Transport Infrastructure Ireland to explore alternative route options for the motorway.

There have been calls for a shorter motorway from Limerick to Cahir, which could then link with the M8 to Cork.

But Mr Varadkar said: “I feel for us to go down this route, you’d set the project back months and years”.

The move comes as a boost to landowners facing uncertainty around the corridor selection.

Mr O’Donnell said: “For me, you have to have a motorway that cuts down the time. You want Limerick to be the gateway along the western seaboard, and to be able to get to Cork in 45 minutes. The Taoiseach was the first person to come out and say the M20 was a commitment for government and funding would be provided for design and planning. I’ve been campaigning on this long and hard, and for me, it has always been about linking Limerick to Cork as quickly as possible. My discussions with the Taoiseach and the Transport Minister has culminated in the government giving its full backing. We now need to proceed to getting design and planning quickly.”

Niall Collins has also raised the matter in the Dail, citing concern over the impact on the landowners, who he said had been left in “limbo” by the uncertainty.
See Page 8