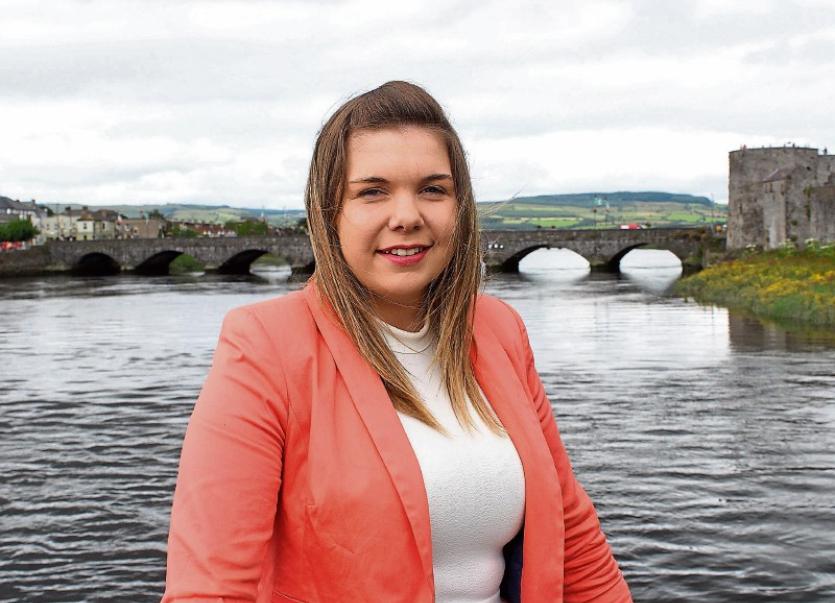 Cllr Lisa-Marie Sheehy is not interested in Fianna Fail switch

LIMERICK councillor Lisa-Marie Sheehy, who resigned from Sinn Fein over bullying allegations, has revealed Niall Collins approached her with a view to joining Fianna Fail.

Speaking to the Limerick Leader, the Cappamore-Kilmallock councillor who, at 23, is Ireland’s youngest female public representative, revealed the Fianna Fail frontbencher spoke to her after her high-profile departure.

But she said she is not interested in “getting caught up in party flirting” and will remain an Independent member.

“If I was a careerist politician, it might be the right time. But it’s not the right time for me. I’m happy being an Independent. I’ve made a massive decision in the last few weeks, and I'm trying to rebuild my confidence from what was a very tough ordeal. I’m just focusing on delivering for the people,” she said.

For his part, Mr Collins confirmed he spoke to Cllr Sheehy after a rally against the Old Pallas post office closure last week, but described it as a “casual discussion” only.

He told the Leader: “What I said to her is as follows: 'Best of luck to you since leaving Sinn Fein. I heard you say on Live 95FM that you are not joining any political party and I respect that. If that changes, the Fianna Fail party is open to new members.”

There had been suggestions Cllr Sheehy could be primed as a running mate to Mr Collins in the next general election.

It came after Mr Collins – running alone – topped the poll with a big surplus last year.

Party leader Micheal Martin has already said Fianna Fail will pursue a two candidate strategy in Limerick next time out – and given at least 30% of its candidates must be female if the party wants state funding, Cllr Sheehy would have represented a viable option.

However, the UCC graduate denied this was ever suggested when she spoke to Mr Collins.

Meanwhile, she has accused her former party colleague Maurice Quinlivan of a “deliberate dig”.

It came after Sinn Fein’s most senior local politician suggested in an interview with this newspaper the party could run two candidates in her area of Cappamore-Kilmallock.

Elsewhere, Cllr Cathal Crowe proposed Cllr Sheehy to the vice-chairpersonship of the Limerick-Clare Education and Training Board.

But the Clare Fianna Fail general election hopeful has insisted the nomination was made only after the position had been declined by members of his own group.

“I admire her,” he said, “As a teacher, I am involved in programmes which combat bullying, and I was impressed at how she handled herself in the face of what happened with Sinn Fein. The fact she’s no longer aligned to Sinn Fein, I felt it was a good opportunity to acknowledge and show the respect we have for her in the room.”