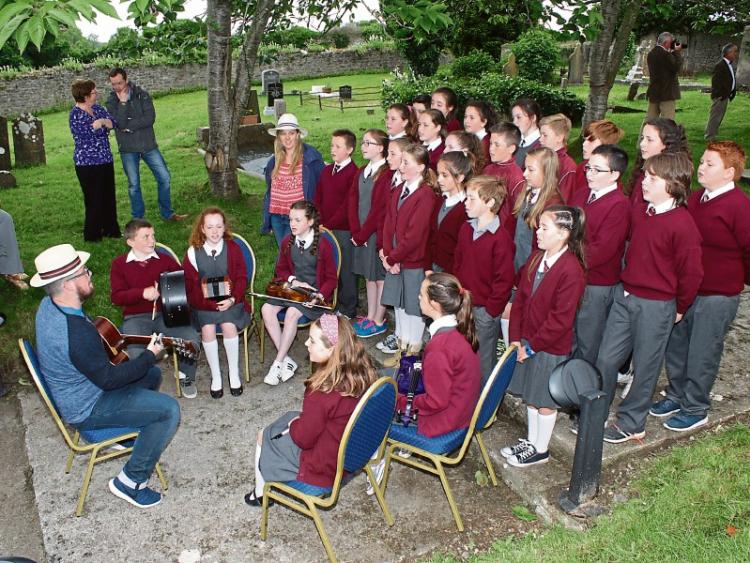 ON JUNE 16, 1924, as he lay in a hospital bed James Joyce despondently scrawled in his notebook, ‘‘Today 16 June 1924 twenty years after. Will anybody remember this date?’

The date, in question, was Thursday, June 16, 1904 as Joyce’s Ulysses followed the life and thoughts of Leopold Bloom and a host of other characters from 8am to the early hours of the morning. It is believed Joyce chose that date because he met Nora Barnacle, his future wife, for the first time.

Bloomsday began in Ireland in 1954 and it is always remembered in Bruff – the biggest celebration outside Dublin. One wonders what a certain Scottish footballer would have made of the style, culture and entertainment on display

It began on the steps of the historic Church of Ireland - the oldest building in Bruff. Donal Thurlow, festival director, welcomed one and all and commented on “how magnificent everyone looked, dressed in their 1904-style finery, with many ladies wearing wonderful hats that outshone anything at Royal Ascot”.

The school choir from Scoil Dean Cussen was first to entertain singing several songs accompanied by musicians. As usual,  Bruff’s own Mary Harvey, stage and screen actor, declared the festival open with some aplomb by arriving in a vintage, miniature, fire engine.

Delicious liver and kidneys were eaten during the Joycean breakfast in the church. As attendees ate, Jade Dillon and Noreen O'Sullivan sang.

In the hall there was an exhibition of books by and about James Joyce, including rare and valuable first editions.

Crowds even packed into Paddy McAuliffe’s Bookmakers as the winner of the Ascot Gold Cup is an important part of the plot in Ulysses and the same race was on last Thursday. Mick Lacey read the excerpt. Next stop was Clancy’s for readings, music and film clips, accompanied by gorgonzola and red wine. Excellent brass quintet No Strings Attached included a special version of Mise Eire by Sean O Riada, who gave his first public performance in the hall in Bruff.

“Casual visitors did not express much surprise upon walking into a pub in Bruff and finding well-dressed people, in the style of 1904, deep in discussion about the works of James Joyce. It’s what you expect in Bruff every June 16!” said Mr Thurlow