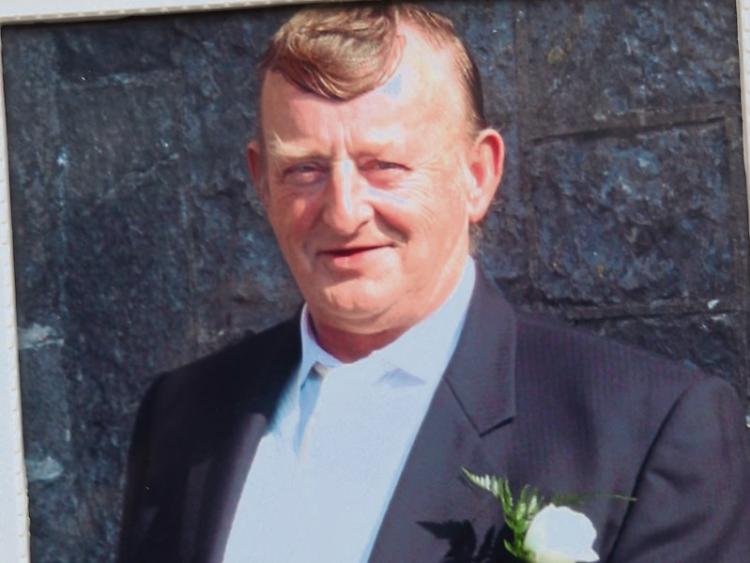 WHEN Seanie Ryan was a young man he told his mother he was working in the Big Tree in Caherconlish but he actually went drinking.

His plan was to leave the bathroom window open and climb in when he came home from the pub so his mother wouldn’t know as he was her little angel, and he didn’t want that to change.

After a few pints, Seanie went home, climbed up the drain pipe and in the window. But didn’t he stand on the soap on the windowsill.

Well, Seanie went head first into the bath. His mother was soaking clothes in Parazone bleach in the bath at the time. With all the splashing and screaming everyone ran upstairs and his father pulled him out.

It still worked out for good old Seanie because even though his skin got burnt, and he was as white as a ghost, no one could smell the liquor off him over the smell of bleach. He got away with it and his mother took care of her beloved angel who could do no wrong.

Seanie is with the angels now. Ballyneety and Caherconlish was plunged into darkness following the freak accident that claimed his life last week. But one of his five sons, Noel, lifted that gloom with a moving eulogy at the beginning of the funeral Mass in Caherconlish on Sunday. Mourners stood outside as the church was full. The previous evening, people queued in an orange weather warning to pay their respects.

Standing at the top of the church, Noel set a tone of love and laughter that celebrated Seanie’s life - his like, we will never see again.

Many have said there was a book in the man from Caherconlish who moved to Ballyneety after marrying his beloved wife Helen. And Noel shared some of the stories – like the one above - that would have made the pages. The yarns brought laughter and tears. He will be missed.

Sean was as generous as the day was long. One year a group of Austrians called late to the Stroller bar where Seanie was working behind the bar. They had no B&B to stay in.

Read also: County Limerick town all geared up as casts and crews vie for OsKars glory

“They had the same dialect of broken English which dad spoke fluently and immediately hit it off. As they had nowhere to sleep dad did what any normal person would do to total strangers, he locked them in to the pub overnight and brought them all up to the house for breakfast the next morning. They would call year on year to him and every year their German English dictionary got smaller and smaller but sadly dad’s broken English never got any better. We were fortunate to be able to send himself and mam to Austria one year where they were pampered and returned the hospitality dad always showed be you family, friend or stranger,” said Noel.

Another time the family passed a German gypsy horse drawn caravan  holding up miles of traffic as they went to town.

“We just hoped that dad didn’t see him but when we came back we saw the caravan in the lawn, the horse feeding in the golfcourse and the man who dad had invited off the road, offered him a shower, a hot meal and a warm bed for the night,” said Noel.

Seanie was kind to man and beast.

“Dad always kept every type of animal and took care of a lot of injured wildlife, nursing them back to health like owls and hawks. Dad reared three abandoned fox cubs under a springer spaniel and one Christmas Santa came to the Stroller. Dad had the lounge done up with all his pheasants and he had the three fox cubs that all the kids could come up and pet. A lot of the parents were angry at Seanie that year as every kid that visited wanted a pet fox cub for Christmas.

“At home he had a robin who would come into the kitchen to feed from him, in BMS he had a crow who would visit and feed from him every day and in the bird room Mikey, his pet parrot, would take him off grunting as he bent down to pick up things in the bird room. And you can ask anyone who has seen him, he even started walking like dad.”

Noel said Seanie would be so happy knowing he is now home in Caherconlish with his mother and father as he made it clear that he didn’t want to be buried in Fedamore as “he wouldn’t know anyone in the graveyard and he’d have no one to talk to”.

“He may not have been the best hurler for Carherline but he was the greatest ball-hopper you could ever meet.

“We were in Ballyneety a few months back and a lad says to dad, ‘I saw a photo of your bother Liam in the paper meeting Donald Trump in Doonbeg’. Dad turned around as quick as a flash and said, ‘He only came up to Liam to ask him how’s Seanie keeping’.”

Saying Seanie was quick-witted would be an insult. His tongue was faster than the speed of light.

“A few years ago at his sister Bridget’s he fell through the plaster board ceiling into the kitchen where Bridget was. While checking to see if he had all the parts of his body he turned and said, ‘I just popped in for a cup of coffee’.

“Another time at home while cleaning his pond he slipped on the algae on the concrete base and nearly drowned as he couldn’t get a grip to pull himself out but luckily my sister pulled him out. My mother who is on oxygen was hysterical but Seanie laughed it off and said, ‘You are some wife giving out to me when you have your own personal supply of oxygen and wouldn’t give me any when I had none’,” said Noel.

Fr Roy Donovan continued this theme of celebration of a life well-lived in his homily.

“Seanie was a great family man – to his wife Helen, to each of you his daughter and sons. He was there for you. Today, it is so tangible, you can feel the love that he has for you and all the love you have for him. Today we celebrate that and give thanks for all this love and the wonderful memories that you have created together.

“Seanie was someone who lit up a place with his good humour, with his smiles, with his yarn and stories that made people laugh. He was gregarious – he was naturally interested in people – he had a lovely warm disarming way of connecting with people.

“We could learn so much from Seanie, especially his good humour - in the flick of a second he could see the good in a situation and engage one in laughter. If we all practiced more good humour wouldn't our world be an easier place to live in,” said Fr Donovan, who was assisted by Fr Pat Currivan.

Fr Donovan said it had been very heartening and uplifting being in the presence of Seanie and Helen’s children – Siobhan, John, Noel, Nicholas, Joseph and James – over the past few days.

“You do your mum and dad proud,” said the parish priest.

Noel said it was the greatest honour to be able to speak for such a great man and thanked his family for allowing him the privilege of doing so. He thanked all the emergency services, local priests and Cross’s Funeral Home.

“What hit our home this week you deal with daily and we will never forget what ye have done for us and the support given,” said Noel, who also thanked family, friends, neighbours and everyone who paid their respects.

Noel finished by saying these stories are “who my father was and who he always will be”.

“He was always so good to us and we will always love and miss him, thank you dad for living a life less ordinary. He was an amazing character; Seanie could give everything without having anything and never insulted anyone he didn’t like. You might do me one favour, would you keep telling his stories, the stories that made us laugh so much and, on this week, these are the stories that made us cry. We love you Dad and as he would always say, ‘Adios’.”