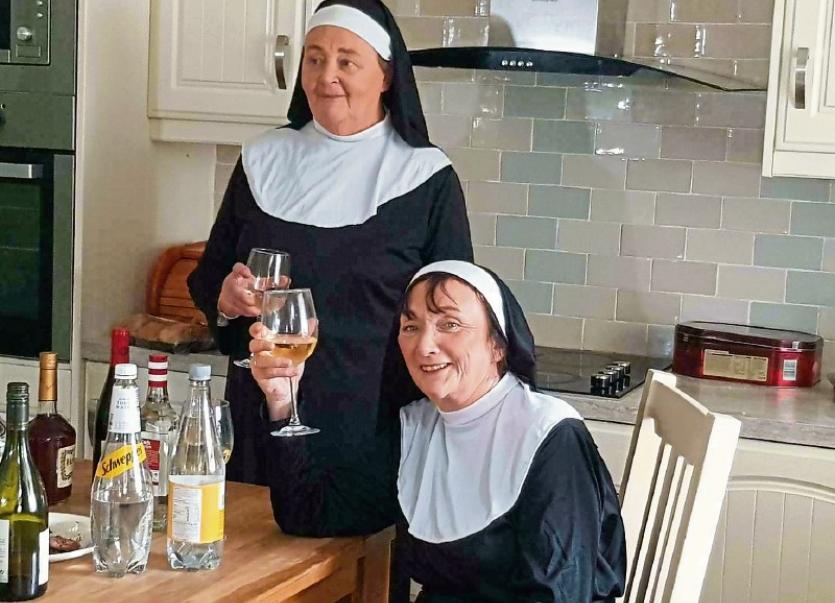 FILM fever has Abbeyfeale in its grip and the town is buzzing in anticipation of its very own Night at the OsKars when seven mini-films will go head to head for awards.

Meanwhile, rivalry is knife-sharp as the various film casts vie with one another to see who can raise the most money for St Ita’s Voluntary  Housing Committee.

“People who never got involved in drama before have been getting involved,” explained Marian Harnett, who is a member of the OsKars organising committee.

And there has been “great craic” involved in fundraising with very innovative and fun ideas being rolled out: Coffee with the Canon, a pop-up shop and Art and Prosecco being some of the more unusual ones.

However, the prize for the most intrepid has gone to the volunteers who climbed Mount Brandon last Sunday in the midst of Storm Ellen.

“We are having a good time,” Dr Mick O’Donnell added, with some understatement. Dr O’Donnell is chairman of the St Ita’s Voluntary Housing Committee but he has also been inveigled into appearing on screen as Seán  Thornton, the returning Yank played by John Wayne in The Quiet Man. His co-star is the feisty Mary Kate Danaher, originally played by Maureen O’Hara but in the Abbeyfeale version, played by Orla Dennison, his wife in real life.

Well-used to singing and playing in public, Dr O’Donnell admitted he has never been involved in drama or acting.

“I would say the vast majority of the casts have no history in drama,” he added.

“It has created a good buzz in town,” he continued.

It has also brought the work of the St Ita’s committee more into public focus. “It was kind of operating in  the background, other than the people who use it,” he said. “Not many people knew about it. Now it has brought it much more out into public view and people have been going in and out for meetings and so on. It is back out there.”

The money raised by the OsKars will go towards building a further six homes as part of the sheltered housing complex.  But as yet, this is only at proposal stage and no planning application has been made.

“After that we will look to see how we can further develop the site we have,” Dr O’Donnell said.

The OsKars fund-raising, he stressed, was not for the day-to-day expenses of running the Day Care Centre. The committee has applied to Pobal for funding to continue their day care services and is awaiting a response. Meanwhile, the day care centre continues to offer cooked meals five days a week to all the residents of the sheltered houses and also continues to provide a meal, social activity and support services to up to 80 older citizens who are transported to the centre every Tuesday and Wednesday.

The red carpet will be rolled out at the Devon Inn Hotel on Friday, March 20 and tickets for the event, costing €30, go on sale next week. The films are The Quiet Man, Fr Ted, Forrest Gump, Sister Act, Misery, The Golden Girls and  Calendar Girls.