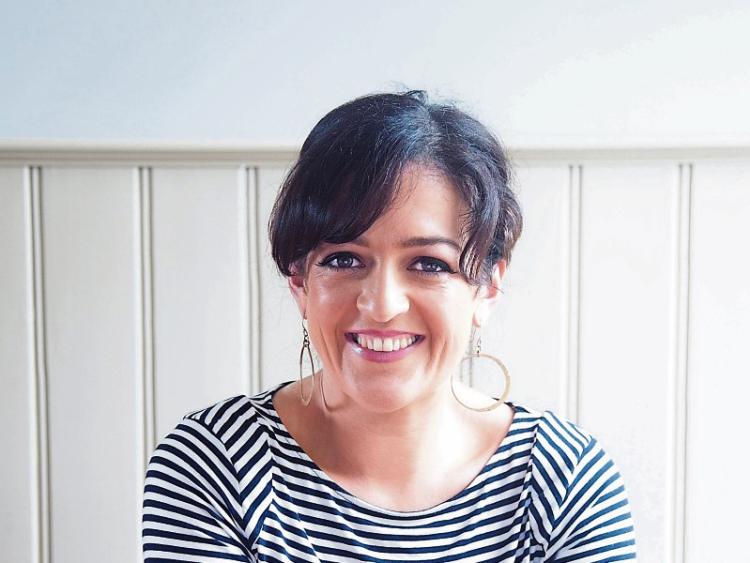 Maeve Higgins will appear in conversation with Sinead Gleeson as part of the I.NY festival

COMEDIAN Maeve Higgins is to appear as part of the I.NY Festival, which kicks off next week across Limerick city.

Higgins, a contributing writer for The New York Times and the host of the hit podcast Maeve in America: Immigration IRL, will appear in conversation with journalist Sinéad Gleeson to talk about what it means to be an ‘alien of extraordinary ability’ in the land of Donald Trump, getting ‘Inside Amy Schumer’, and how to co-host a podcast with Mary Robinson, while also reading from her new book. See interview below.

The event takes place on Tuesday, October 9 in Dolan’s as part of I.NY, the Limerick-based festival that explores and celebrates the relationship between Ireland and New York, takes place at a number of city venues from October 7-14.

Best-selling author Charles Brandt, who has been working with Martin Scorsese on his latest film, is also booked to appear, as are musicians Luka Bloom, Qool DJ Marv and MynameisJOhn of Rusangano Family.

Strictly Rhythm at the Commercial on October 13 will see Aoife Nic Canna and Niall Colgan re-visit the lead records from both the label and the legendary club-night that ran in Limerick for over ten years.

The festival is presented this year in partnership with the Global Irish Festival Series.

Limerick Leader: The event for I.NY is called Maeve in America - can you tell us a bit about what you will be talking about?

Maeve Higgins: Myself and the brilliant Sinead Gleeson will chat about my life in New York and how that might fit in with the long history of the Irish in this city. We'll focus on my latest book of essays, published by Penguin. Here are stories of not being able to afford a dress for the ball, of learning to live with yourself while you’re still figuring out how to love yourself, of the true significance of realizing what sort of shelter dog you would be.

Self-aware and laugh-out-loud funny, this collection is also a fearless exploration of the awkward questions in life, such as: Is clapping too loudly at a gig a good enough reason to break up with somebody? Is it ever really possible to leave home?

LL: How has New York influenced you and why did you decide to move there?

MH: I've always seen the city as a creative and literary hub, and had a romantic idea of 'being a writer in New York' that's strangely become a reality now. It's an ambitious city, and there are opportunities here for me that do not exist anywhere else, so while I count myself lucky to be here, I also have to work extremely hard to maintain and build on any success I get.

LL: What is it like to be an ‘alien of extraordinary ability’ in the land of Donald Trump?

MH: I feel conflicted about being here on this special ability visa. I'm glad of it, of course, but I also think people should not be considered valuable just because they do something of value to you. When you dehumanize another, you dehumanize yourself. We all need to hold this close; people are valuable because they are people, the moment we forget that, terrible things happen.

LL: Tell us about the podcast you are hosting and what it is like to work with Mary Robinson?

MH: Mary Robinson kindly took me on as her co-host for 'Mothers of Invention'. This is an uplifting new podcast, celebrating amazing women doing remarkable things in pursuit of climate justice. Each episode features the Mothers of Invention driving powerful solutions to climate change – from the grassroots to the court room, the front lines to the board room – all over the world.Climate change is a man-made problem — with a feminist solution

LL: What has the reaction been like to the book? How long did you work on it? What was the thinking behind writing a collection of essays?

MH: I'm a contributing op-ed writer for The New York Times and some of the essays in the book began life there. Writing is basically my way of thinking, so to process events and feelings and just the way the world works, I need to write. If those pieces end up as strong and funny and interesting as my editor deems worthy, we put them in the book. It was very hard to write it, because writing is hard!

I'm thrilled with the reaction, from a sales point of view and from the critics, but my favourite thing is when people tell me in person or send me messages online saying 'that made me laugh on a horrible day' or 'I think that too - I just couldn't put it into words'. I love that.

LL: Finally, you are coming to Dolan's in Limerick for the I.NY event. I presume you have performed there or in Limerick as a comedian in the past? Are you looking forward to coming back?

MH: I played Dolans many times as a comedian, it's a fantastic venue. Once this girl made an embroidered gift for me of one of my catch-phrases and she gave it to me after a gig in Dolans. It reads, in pretty pink letters, 'So...I f*cked him' and that makes me laugh to this day.