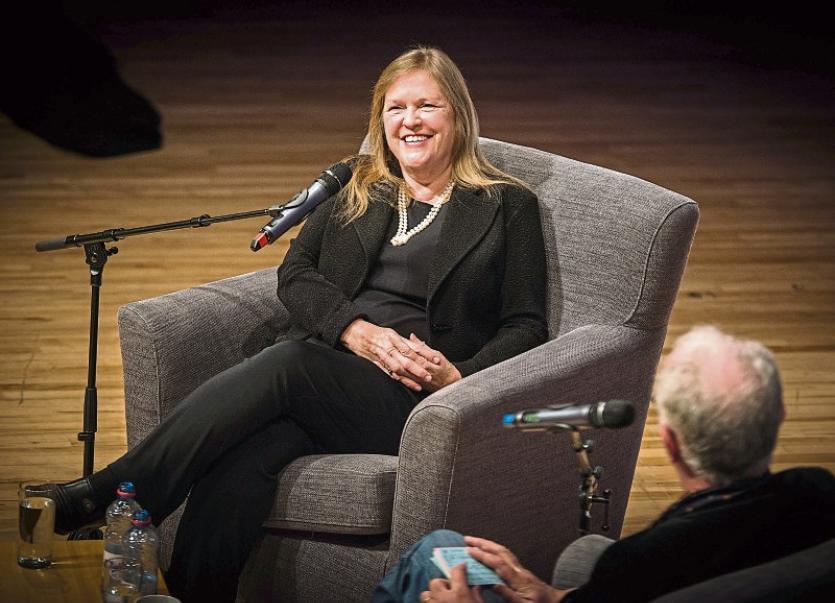 DR Jane O’Meara Sanders, the wife and senior advisor to former US Presidential Democratic candidate Senator Bernie Sanders, is to return to Limerick for a major festival this October.

I.NY, a Limerick-based festival that explores and celebrates the relationship between Ireland and New York, takes place at a number of city venues from October 7-14.

Dr Sanders, who came to Limerick last year for the inaugural I.NY festival in a personal capacity, will return this year in her role as founder of The Sanders Institute. She will appear at the Lime Tree Theatre alongside David McWilliams and others in a talk called Re-Vitalising Democracy.

The event at I.NY is the first formal Sanders Institute event to be staged in Europe and is one of the highlights within another ambitious line-up of artists, musicians and speakers, eager to talk about their own personal piece of the Ireland-New York story.

I.NY is the brainchild of Limerick and Dublin-based promoters David O’Donovan and Aoife Flynn and is presented this year in partnership with the Global Irish Festival Series, a new initiative from the Department of Foreign Affairs and Trade and Fáilte Ireland to encourage the Irish abroad to return home for cultural events around the country.

I.NY festival director David O’Donovan said: “We’re really delighted to have the opportunity to partner with the Department this year. It’s a very genuine way to reach out to Irish people abroad, from all generations, and we think it can be a really strong initiative in the coming years.

“It will certainly be hugely helpful to promoting Limerick in the States, and to developing I.NY as we invite people to come here from New York and further afield in North America,” he added.

Acclaimed author and screenwriter Charles Brandt, fresh from his work with Martin Scorsese on new Netflix film The Irishman, will also appear at the festival.

Comedian Meave Higgins, musicians Luka Bloom, Qool DJ Marv and MynameisJohn will also appear, while a special talk on the Irish Hunger Memorial in Manhattan will take place at the Limerick City Gallery of Art with Brooklyn resident Anne O’Neill.

See www.thisisiny.com for the full festival programme and ticket information.