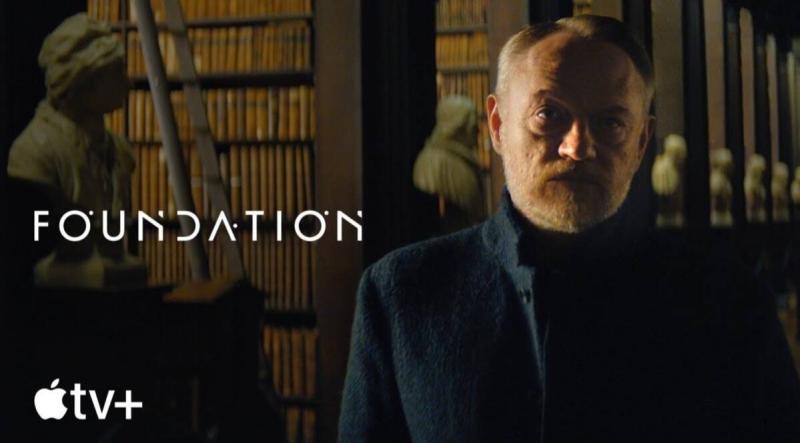 THE BIGGEST production ever to be filmed in Ireland will premiere on Apple TV+ this Friday.

Foundation - based on the science-fiction classic by visionary author Isaac Asimov - was mainly shot in Troy Studios, Castletroy.

It is Apple's major new release for 2021 and is being called 'Game of Thrones in space' by some.

There was up to 500 crew on set during filming at the Castletroy complex. According to BBC Culture, 50 artists worked on designing 170 sets, 13 different types of space-craft and six different planets, each with their own scripted language, and hundreds of carpenters, metalworkers, painters and plasterers realised the vision.

"There have been several attempts to bring Foundation to the screen, but the series of books was long held to be unfilmable because the saga weaves together so many plotlines and spans centuries.

"Indeed, the writing of it spanned half a century. But now the 'unfilmable' has finally been filmed and this week an adaptation of Foundation starring Jared Harris and Lee Pace premieres on Apple TV+" reads the article in BBC Culture.

According to Apple TV’s synopsis, Foundation "chronicles a band of exiles on their monumental journey to save humanity and rebuild civilisation amid the fall of the Galactic Empire".

The Limerick links continue with Jared Harris, son of Limerick legend Richard Harris, who plays the role of Hari Seldon.

He is a mathematical genius who explains that, unless humanity changes course, the Galactic Empire will fall and be followed by a 30,000-year period of turmoil before a second Empire rises.

Two episodes of Foundation will be available to watch this Friday, September 24, on Apple's streaming platform with subsequent ones following weekly.

Acquisition of Troy Studios a 'huge dividend' for Limerick