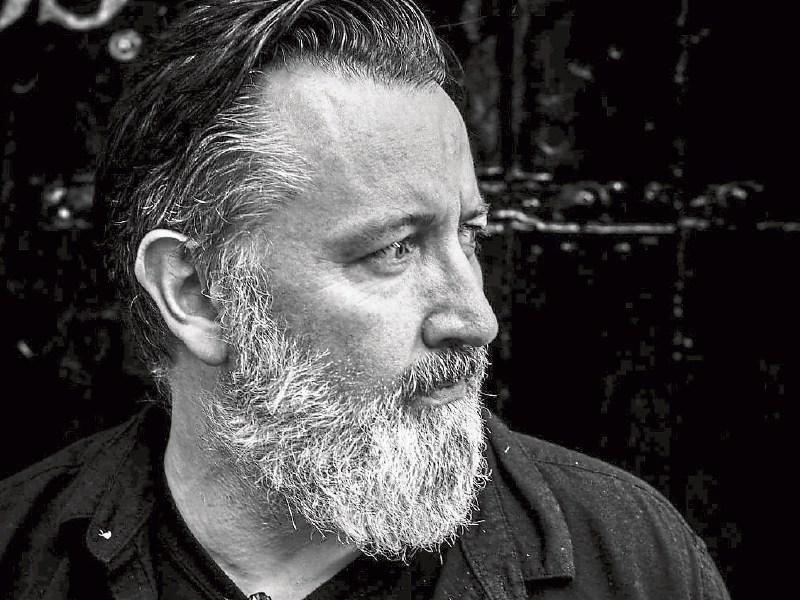 Music has always been a life-long passion for John Steele Picture: Ken Coleman

John Steele has played guitar with the best of Limerick’s musicians but he acknowledges that he never invested time, like others did, in developing his craft.

“Unfortunately I discovered partying. The only time I picked up a guitar was at a gig. I never practiced and I never looked to further myself as a musician” he admits. “One day” John says, “I got a call from Paul Collins to join a band with himself, Tom Ryan and Freddy Comber. We were The Killer Prawns” he chuckles.

John had been writing songs for some time and the band started to get some original material together. He and Tom were friends, “But we were young and were both vying to get our own music out there so that band fell apart and I went back to playing with various bands in jam sessions” John says.

At this time, Brian O’Connor was beginning to gig in Sweden and he got John to cover his gigs in Limerick with Bryan Healy and Brendan Wallace. They played under John Steele’s name for a good while and eventually that band merged into the Jaywalkers and they rotated members. “I got to play with great musicians like Robert Collopy, Dylan Shine and Ian McNamara.” John says.

That band lasted a few years but eventually fizzled out and John found himself jamming with different bands. He returned to playing with Joe Browne, “which was always great” says John. Ian McNamara and John set up a band called Tumbledown. They brought in Bryan Healy on bass and later added the “really excellent Ross Brennan” and that band became quite popular. John was guitarist and vocalist, “But I really wanted to give the whole frontman thing a break and concentrate on being a guitar player” says John.

Tumbledown released an EP of original material, which was well received but they had to change their name to Fall Dogs when they discovered that there was already a band called Tumbledown. “There is a Fall Dogs album that we will finish and release and Tumbledown haven’t gone away either. In fact, we were supposed to play in The Record Room in The Commerical on Friday 13 March, 2020 but the pandemic got in the way” John reveals.

When Des O’ Dwyer passed away in 2010, John, like many other Limerick musicians, felt his loss keenly. Eamonn Hehir curated and released an album of O’Dwyer’s original material and a tribute to Des was arranged for Dolans Warehouse on New Year’s Day 2011. It featured so many of the greats from the Limerick scene “I got to play his stuff” says John. That gig was sold out and enough people turned up on spec to sell it out twice. “That night was a real mark of the esteem in which Des was held” John adds.

Sometime later Eamonn Hehir invited John to join a band to play his original material. Steele jumped at the chance, “Eamonn is one of the best writers I’ve heard” he declares enthusiastically. So, John joined the band with Sean Fox and Tony Roche and they became The Flag Listeners. Tony was busy with other projects at the time, so they brought in ex-Toucandance drummer, Tony Brennan and it was at that point that they started seriously thinking about recording an album. “Tony is not just a great drummer but a great musician” says John. He had set up a studio at home and, between Tony’s studio, Eamonn Hehir’s studio and APK Studios in Rathfarnham, they recorded an album called ‘And Other Short Stories’ of which John is rightly very proud.

Steele wrote three of the tracks on the album and co-wrote a fourth “But, more importantly” says John, “It became a band of brothers.” Unfortunately the pandemic scuppered their plans to release a second album but they are determined to press on with getting that album together when Covid restrictions are relaxed / removed.

John acknowledges that after all his time, gigging and recording with other people he never bothered to learn how to record and mix even though he had “Ample opportunity.” However, the isolation imposed by lockdown restrictions forced him to address that disquieting gap in his professional career as a musician. He set up a home recording studio and he has come to enjoy the process. “I set myself a task to write, record, mix and release a debut solo album before the end of the year and I did it” John tells me with enthusiasm. He is justifiably proud of that album, ‘All My Days’, which he released in December 2020.

Although lockdown has been difficult for John (and everybody else) he is getting through it by playing guitar and recording every day for the past twelve months or so. His second album, ‘Naturally Nocturnal’ is a masterclass in song-writing.

Most of John’s musical influences have been local. Des O’Dwyer would have been a major influence, along with Dave Keary, Brian O’Connor and Tom Cronin. “But the biggest impact has been made on me by people like my father, Joe Browne and Eamonn Hehir” John is proud to acknowledge. “Joe Browne taught me that the only people who really like twenty minute solos are the people playing them” says John. Eamonn Hehir taught me a lot about song writing and how you need to find your own approach.

Steele loves the Limerick music scene and says he is influenced by the music of bands like Parliament Square, Fox Jaw, Windings and Theme Tune Boy. Since the days of The Hitchers he is a big fan of Niall Quinn’s writing. He appreciates the intelligence and craft of the music and lyrics of Hazey Haze, Denise Chaila, God Knows, Murli and Citrus Fresh. He is a great admirer of “The absolutely wonderful Emma Langford, who is really inspirational in what she’s doing and is an absolute gem of a human too.”

There is something very special about the music scene in Limerick and John Steele, who identifies as “One of the older guys” says he and his peers are still passionate about making music. He mentions his friend and mentor Eammon Hehir who is constantly writing and he loves the recent O’Malley’s album, ‘Can You Hear Me’. John admires Jim Hanley who, “Has brought out some great new music and I’ve played a lot of gigs with him with Mrs Henry down the years.” That is the band that derives its name from a character in the classic Harper Lee Novel, To Kill A Mocking Bird. John also highly rates Ger Costello, who is constantly writing and evolving as a writer. “Music can be a very age-ist medium but, in Limerick, if you’re doing it, you’re doing it” says John.

In terms of outside influences on John’s appreciation and development as a musician Bowie is clearly one and there are many others – The Blue Nile, Prefab Sprout, Radiohead, Tony Bennett, Steve Earle and Grant Lee Buffalo. In terms of guitar, he is influenced by an eclectic bunch from Richard Thompson and Stevie Ray Vaughan to Robert Fripp, Adrian Belew and The Edge. “Obviously, the latter is controversial because there’s so much vitriol towards U2 in this country” says John. Steele unashamedly proclaims, “U2 are a great band and they’ve written some incredible songs…The Edge gets a lot of rubbish thrown at him on guitar forums but he’s an innovator and I’m a huge fan.”

Limerick has always had a strong music scene and John remembers when he was growing up that there was no shortage of quality venues in which to play. “But that part is becoming more difficult” he says. He acknowledges that there are some places like the Record Room (in The Commercial), Charlie Malones, Mother Macs, Nancy Blakes and a few other places that still support original music. But he says, “Realistically, if it wasn’t for Dolans, Limerick would be a bleak landscape musically. What Mick, Val and Neil have done there, along with the help of John Hennessey should never be underestimated. Their value to Limerick is incalculable.”

John has something to say to local politicians too, “Limerick needs to find a way to open up the music scene in terms of infrastructure.” He elaborates, “We need more places to play, and those venues need encouragement to make that happen…Local councillors could support live music, or the arts in general, by introducing commercial rates reductions to incentivise them.”

John is reluctant to offer advice to young, aspiring musicians but when pressed, he had this to say: “If you love music and you want to write music…write for yourself. If you’re writing for anyone else, it’s not going to ever be your best work. If you like it, chances are that other people will…

Art should always be honest in the heart of the artist. You don’t have to bare your soul but you certainly can’t bare someone else’s. Be honest and fearless and, above all…trust yourself.”

That is very sound advice from a man who is passing on the baton of lived wisdom to the next generation of Limerick’s finest musicians and songwriters.