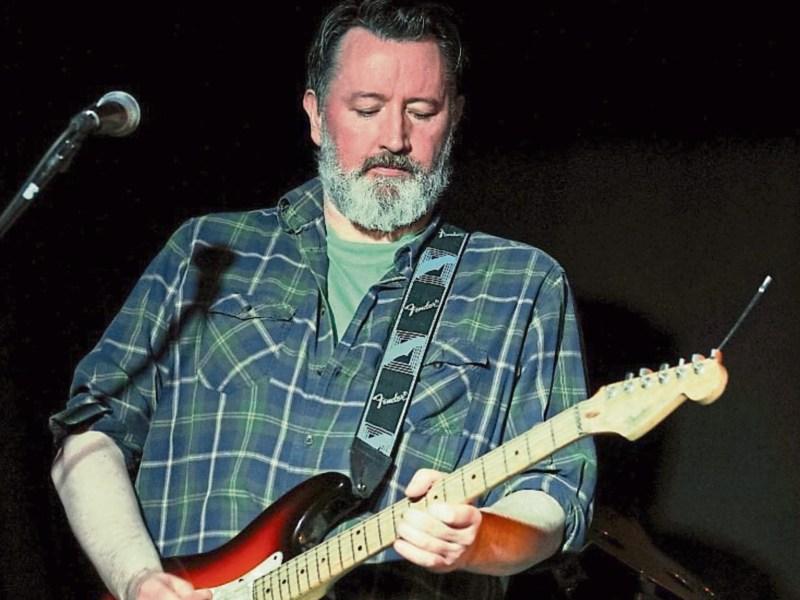 Music has always been a life-long passion for John Steele Pictures: Munster Images

Several outstanding events took place in 1969 – the rock music festival, ‘Woodstock’ was held on Max Yasgur’s farm in Bethel, New York, which, according to the lyrics of the song, composed by Joni Mitchell, attracted an audience of 500,000 – “By the time we got to Yasgur’s farm we were half a million strong…” She should know as she played there, as did Crosby, Stills, Nash and Young – though the latter seems to have been virtually edited out of that humongous gig.

Then there was the Apollo 11 space flight and moon-landing when two American astronauts (Neil Armstrong and Edwin “Buzz” Aldrin) became the first people to walk on the lunar surface. Pity Michael Collins didn’t get to have a go, having gone so far! That’s worse than having to turn back to Limerick on the outskirts of Kilkee because you couldn’t remember if you turned off the immersion! I have always wondered why Armstrong and Aldrin didn’t say to Collins, “We’ll keep her revving while you have a bounce in the lunar dust.”

Closer to home Samuel Beckett won the Nobel Prize for Literature, the rock band ‘Thin Lizzy’ was formed in Dublin and the Limerick author, Kevin Barry was born. As if that wasn’t enough, in the dawning of the Age of Aquarius, John Steele, was born! This may seem like a long and irrelevant introduction to the guitarist and vocalist with superb Limerick band, ‘The Flag Listeners’ but it is interesting that the name of that band was derived from one of Eamonn Hehir’s solo albums, which in turn references a scene in Limerick author Kevin Barry’s novel, City of Bohane – the stars (in the same sky that holds the moon) were aligned!

John Steele was born in London to Irish parents, from West Limerick, who moved to Caherdavin when he was three and shortly thereafter to Annacotty. He attended Monaleen primary school and St. Enda’s secondary school. John admits that he never really took school seriously. “If there was as much attention to detail back then, I’m pretty sure I would have been diagnosed with Attention Deficit Disorder” says John. However, he does acknowledge that he had “A great English teacher in Emily Morrissey” adding, that she “Taught me to love reading and see the design in language. She was an absolutely wonderful teacher.”

John wasn’t sure what he wanted to do after school except that he had a desire to make his living in music, “But I didn’t really know how to make that happen” says John. He confesses that he entertained the notion that he would be discovered and signed up by a record company that would “Let me drive cars into swimming pools!”

When John was sixteen he and his friend, Thomas Ryan, learned to play guitar together. They didn’t have tuition and the first song they learned was ‘Mull of Kintyre’, which has just a few chords. They formed a band called ‘Kruze’ and found a drummer, “A really nice, affable guy” says John, and they became good friends. However, this ‘drummer’ (whose identity John is protecting) didn’t have a kit – a snag alright! They used to bring cardboard boxes into a mobile home at the back of Tommy’s house for the drummer and practice songs “And that’s where the hunger to be in a band came from” says John. Undeterred they pressed on.

“Even though the drummer was just beating cardboard boxes, I loved the vibe about making music with friends. I just didn’t want to stop doing it” says John. Well both John and I have lived long enough to see the cajón percussion box enter the music scene – methinks the unknown drummer was ahead of his time!

John conveyed the story to me that the drummer’ in question was a couple of years older and his father told him that, if he passed his Leaving Cert, a drum kit would be purchased for him. “He didn’t pass his leaving but brought his results directly to us, where I doctored them to make it look like he passed” John confesses. A drum kit was procured, as promised, and their first ever gig was booked for The Hurlers (back bar). “By this time, Tommy had switched to bass and I was on guitar duties” John explains.

Their ‘drummer’ arrived with a long face and said that his father had rumbled their little deception. They went ahead with the gig with cardboard boxes in lieu of a kit, “as the drums had been returned” John explained.

“I was mainly into metal back then but my sister, Susan, started buying albums, which I wore out on her behalf” says John. Steele’s late father used to sing around the house, “Just kind of quietly to himself but he had the most beautiful tone and timbre to his voice” says John, adding, “I just loved listening to him.” His father introduced him to the music of Frank Sinatra and Tony Bennett. “I loved that music and it really had a hold on me” says John. His father also introduced him to great guitarists like Rory Gallagher and Jimi Hendrix “I started avidly listening to blues music” says John. John’s mother introduced him to Johnny Cash and Waylon Jennings.

After a few years, playing with Tommy in different bands (including drummers with actual kits) they got a gig in the Pits in the Savoy, supporting Sixteen Tons of Jive. “We came back to do a second one with a line-up including Private World and an excellent reggae band called Cava Cava. I met people at that gig and made friends with them and it was a good introduction to the Limerick scene” says John.

Steele was still at school at that point and the priest in school (Fr Joe Young) was putting a band together to do a prison tour and he asked John to join on guitar. The band included Mark Browne on bass and Pa Roche on drums. When the tour was over, they decided to keep the band. Mark asked his sister Dawn to join and, when Mark left, Sean Fox took over on bass and they became the Barflies.

“It was a massive thrill for me to play with Dawn and Sean because I was a huge fan of Toucandance” John says. Roche eventually left the band and another Toucandance member, Des O’Grady took over on drums and Jay Fitz joined on guitar. The connection to Toucandance lead to subsequent successful and enduring collaborations with former Toucandance frontman Eamonn Hehir. “I loved playing in that band and we got quite a few residencies around town, including every Saturday night in the basement of Cruise’s Hotel.”

Dawn’s father, the legendary Joe Browne, attended those gigs and John and Joe became good friends. He became a mentor to John, as he did for so many, and they remain good friends to this day. Tuesday Blue was winding down at that point and, such was the respect and professionalism of those musicians, they were snapped up to join other touring bands.

“I think Dave Keary (longstanding guitarist with Van Morrison) was playing with The Black Velvet Band at the time and he had to miss a couple of gigs with Joe in The Parkway. Joe asked me to play instead. There were no rehearsals; I just had to sit in” says John. The band comprised of Joe and Dawn, the late great Brian Mulcahy, Ralf Lindheim, Brian O’Connor and Eddie Clancy. So John was walking into a band of people he idolised. Brian Mulcahy and Ralf Lindheim were very helpful to John, who was in awe of the fact that they played with The O’Malleys and Tuesday Blue!

Anyway John survived that baptism of fire and got to play many more times with that band. John has immense respect for many of the people he played with – Dave Keary, Des O’ Dwyer, Tom Cronin, Alan Cheevers and Brian O’Connor and describes them as “incredible guitar players” and “world class musicians” and John’s self-deprecating description of his talent, “I was a bit of a bluffer” is endearingly humble! He insists “that is not faux humility.”

Interestingly John still does not rate himself as a great guitarist and explains, “Because I played with Joe Browne and because those gigs were always jammed, I became well-known as a guitar player. As a life-long lover of guitar and great guitarists I would certainly rate John well above the value his puts on his own ability. Limerick is privileged to have him.

To be concluded next week…