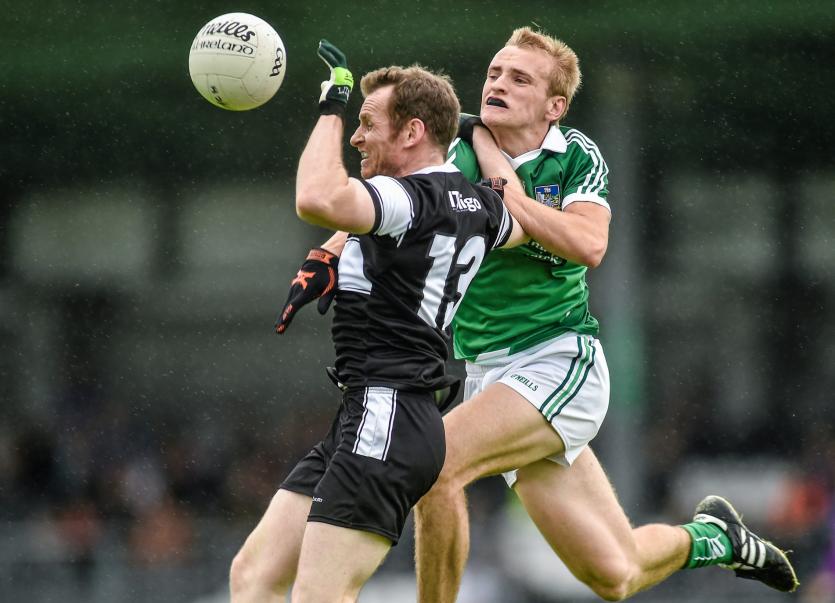 BACK-TO-BACK defeats have left Limerick with a must-win final round clash with Sligo in the Allianz Football League.

Limerick, Wicklow and Wexford are all on eight points but the two Leinster counties play eachother.

With Antrim on nine points after a walkover from Waterford, Limerick must gain two points from the journey to Sligo if they are to finish in the top two places and secure promotion out of Division Four.

Limerick can only be crowned champions if they win in Sligo and the Wexford-Wicklow game ends in a draw.

Limerick have lost in the last three visits to Sligo - 2016 and 2014 league ties and a 2014 All-Ireland SFC Qualifier. Sean O'Dea, Iain Corbett and Darragh Treacy all started that last championship meeting of the teams.

Limerick did win a 2015 league tie in Newcastle West but across all four games no more than two scores have seperated the teams.

“When you lose a game it’s always an opportunity lost,” sighed Limerick manager Billy Lee after the Wexford defeat.

“We still have a chance,” he stressed.

“It’s just about getting back on the horse now for next week and sorting ourselves out.”

Lee added: “Not a good day at the office overall and we have just got to be honest with ourselves and take it on the chin and drive on next week”.

”We just have to drive on.”

The Limerick manager outlined how he felt the step-up in space and intensity from the varying club championships in Limerick to the inter-county scene was evident in his side’s poor opening half.

”When you quantify it, lads are coming from the club scene in Limerick onto this. What lads were doing last March, they are not doing it now. It’s massive and it was obvious in the first half,” said Lee.

Slow-starters Limerick trailed 1-8 to 0-3 at half time.

He explained: “In the second half these lads showed what they are but we were chasing an eight point deficit and we didn’t get the rub of the green either with the last chance and Sean McSweeney brought off two saves from the goalie in the second half - one great save”

“It comes down to the first half performance - we chased it all day long and you are not going to win games in situations like that,” said Lee.

”We had chances and the deficit could have been closer but we didn’t take them. Last year I remember saying that when you get these goal chances, you have to take them at this level. Otherwise you are fighting a lost cause - I don’t think they had any clear cut goal chance and we gifted them one,” recalled the Limerick manager.