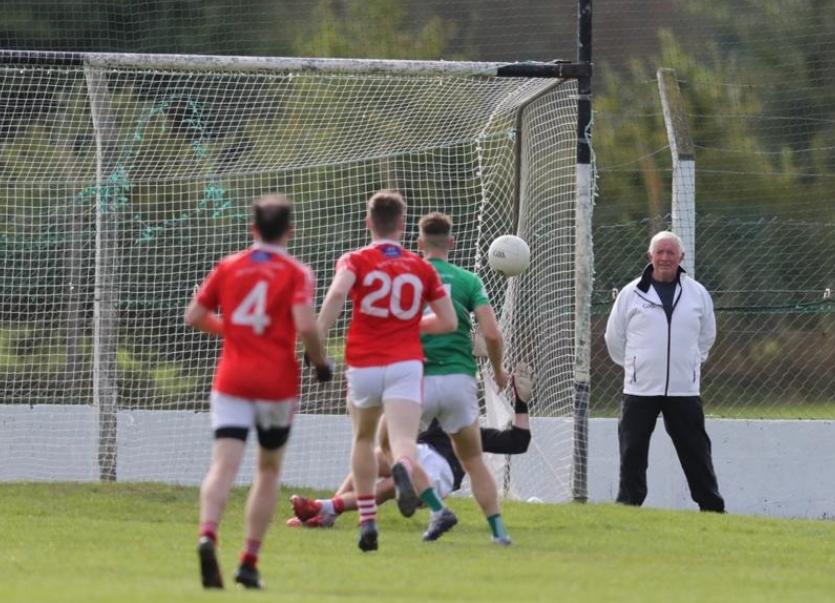 GERALD Griffins booked their return to the Limerick intermediate county final after securing a deserved 1-15 to 0-12 semi-final victory over Mungret-St Paul's at Askeaton on Sunday afternoon.

Griffins, beaten in last year's county intermediate final by Galtee Gaels after a replay, will take on the winners' of this Tuesday night's second semi-final between Claughaun and St Senan's in Caherdavin.

Gerald Griffins' greater efficiency in the scoring third proved a crucial factor in their victory over a brave Mungret St Paul's side.

The winners converted a greater percentage of the opportunities which came their way over an entertaining hour's football.

Gerald Griffins led 1-6 to 0-4 at half-time, their goal coming in the 19th minute when MJ Ambrose broke Dara Noonan's delivery down for the impressive Tommy Griffin to blast to the net.

Gerald Griffins were dealt a blow when influential defender Paudie O'Connell was forced off with a first half injury.

The West Limerick side led 0-4 to 0-2 at the water break mid-way through the opening half with points from the ever threatening Gerard Stack, Micheál Thornton, MJ Ambrose and the hugely influential Colm McSweeney.

In contrast, Mungret St Paul's found scores from play difficult to come by, their first point not scored from a place ball came from Jack Walsh on the stroke of half-time after he was found by a well-placed Shane Barry.

The city side had created two good goal-scoring chances during that opening half, but failed to convert either, one effort flashing wide as a kick-out went astray, while Killian Ryan's effort was saved by Gerald Griffins keeper Brian Scanlon.

Mungret St Paul's needed a quick start to the second half to re-ignite their challenge, but Gerald Griffins quickly racked up four points without reply to move nine points clear at 1-10 to 0-4.

There were still seven points between the sides at the water break mid-way through the second half, 1-11 to 0-7.

To their credit ,Mungret St Paul's stayed in the battle and had reduced their opponents lead to just four points, 1-13 to 0-12 by the 58th minute.

Patrick Begley kicked a couple of fine scores, benefitting from the switch to the edge of the square, while Brendan Giltenane and Eoin Ryan also raised white flags.

However, Gerald Griffins refused to be rattled and scored the final two points of the game through a Gerard Stack free and finally a fine fisted effort from the excellent Dara Noonan to book their place in the final.