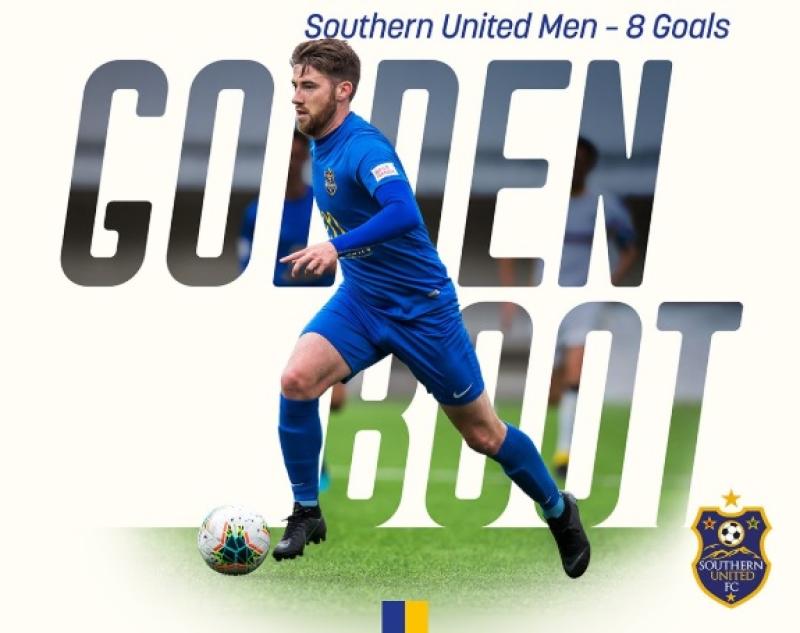 Former Limerick FC star Garbhan Coughlan is celebrating on the double this week as he has once more picked up end of season awards from his New Zealand based club, Southern United.

Coughlan claimed the 'Players player' of the season award for his "great inclusiveness within the team" while he also picked up the top goalscorer award following his impressive 8 goals this season.

The 2019-20 ISPS Handa Premiership season, in which Coughlan's Southern United compete, has been concluded after 18 match weeks, out of concerns for team and community safety due to COVID-19. Auckland City, who lead with 37 points, have been declared champions and awarded a place in the OFC Champions League for next season, along with second placed Team Wellington. Southern ended the season in fifth, with 22 points from 16 games.

Striker @GarbhanCoughlan picks up two awards, one for his great inclusiveness within the team and for also bagging an impressive 8 goals this season! He has played a huge part in another great season and his style of play has been a joy to watch! pic.twitter.com/fcnSSphtCr

Coughlan left Limerick FC by mutual consent in August 2017 to make the switch to playing in New Zealand soccer's top league. The Raheen man started out playing with Mungret Regional.

The consistent goalscorer had signed for Limerick FC at the start of the 2010, breaking into the first team that season, scoring on his debut away to Longford Town in September.

After spending the season on-loan, Coughlan joined Athlone on a permanent basis for the 2014 campaign in the First Division. He went on to score five times in 15 league appearances for the Midlands club before leaving before joining his local club Regional United for the 2015 season.

Garbhan impressed during his spell with Regional and in January 2016, he returned to Limerick ahead of the 2016 First Division season.

Limerick won the First Division title that year and Garbhan weighed in with five goals from 19 league appearances, before returning to the club in the Premier Division in 2017.