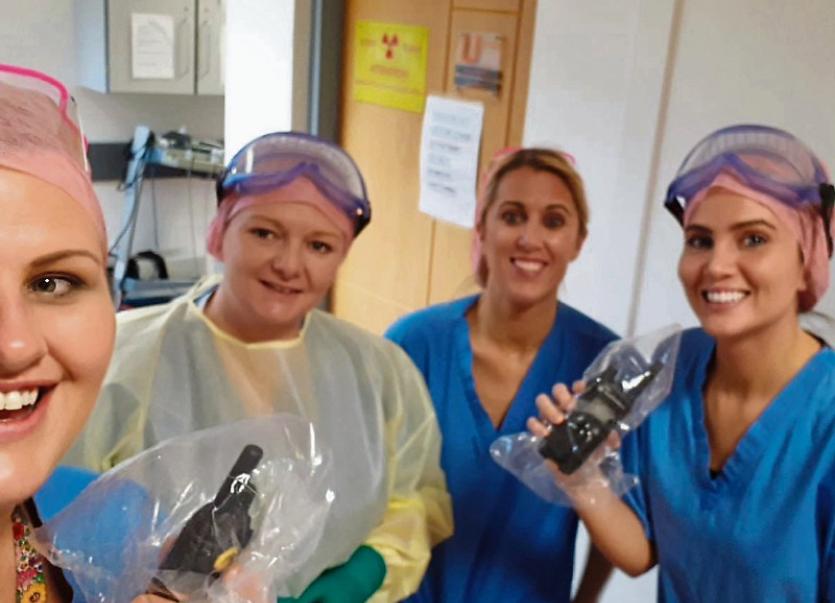 WHILE working from home one evening the PRO of Kilcornan AFC thought to himself there was no point shaving as he wouldn’t be going out.

In March, Brian and club chairman, James O’Shaughnessy, were thinking what they could do to keep the lads interested, keep morale up and have a bit of craic.

“I had a brainwave while staring out the window. I said to myself I don’t really fancy shaving this evening as I’ve nowhere to go. I said that’s the one, we’ll do a sort of Movember and grow some moustaches,” said Brian.

He then came up with the brilliant name for it – Quarantash. Everybody in the club got behind the idea and a Go Fund Me page was set up. Participants are asked to send in  photos of their burgeoning ‘tashes’. All are welcome to get involved.

Every cent raised will go to needs of frontline staff in University Hospital Limerick.

“The work that they do is absolutely Trojan. It is a pity it has taken this to happen for people to realise that. They are inside in that hospital 365 days a year dedicating themselves to us and it’s only now when everyone is in trouble that we realise what they actually do for us.

“It is nice to give back some little bit to them anyway,” said Brian.

At the beginning he thought they might be able to raise enough to send some pizzas in. But like hairs on many upper lips it has grown out of all proportion. This Monday, the tally stood at €2,795.

Now their thoughts have turned to buying personal protective equipment and other items staff request.

“The request for walkie-talkies was made by front line staff the previous day and as part of Kilcornan AFC’s Quarantash Appeal members of the club swiftly sourced the devices, collected and donated them while adhering to Covid-19 guidelines,” said Brian.

The two-way radios were supplied at cost price by Lynn Communications based in Mullingar. The company has been supplying such high tech. equipment to many hospitals across the country.

“The radios were requested by the staff so as to link different areas and departments across the hospital without the need for physical cross over among the staff when communicating,” explained Brian.

Team manager Gary Manning said the ‘Quarantash’ committee are in regular contact with the management and staff at the hospital and any request they have they are delighted to do their bit and deliver on it.

“Many of our family, neighbours and community are working in UHL and it’s our way of keeping community spirit alive as well as maintaining the mental health of people at home in these difficult times,” said Gary.

Club chairman, James O’Shaughnessy said: “We are so proud to be doing our bit to help the brave workers of UHL during these unprecedented times.’’

On behalf of the committee, he thanked the people of Kilcornan and greater Limerick area on their donations so far and stressed how greatly appreciated they were not only by them as a club but by the staff of UHL also.

“We are blown away by the support to date but we urge everybody to keep donating how ever much they can afford. We are appealing for any form of financial help or even anybody who wants to join our efforts. This is a time to be united even if we are physically apart,’’ concluded James.

An added advantage is that very few see them going around with their dodgy tashes joked Brian.