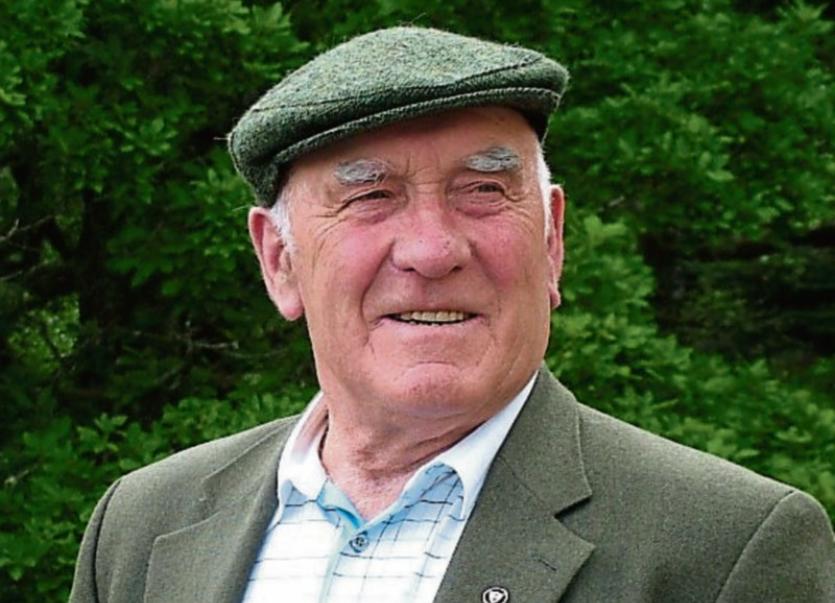 Sometimes the greatest workers have the least to say. They have a habit of just getting it done. They have loyalty and focus and in that regard few could match the late John Tobin of Garryspillane.

In the days leading up to Christmas John passed away. He was deeply respected by all that knew him.

For John, who farmed under the shadow of the Galtee mountains, life was about family, GAA, farming and politics.

To most people he will remembered for his outstanding contribution to Garryspillane GAA club. It was a huge part of his life. He left no stone unturned for the betterment of his community and that was reflected in the huge numbers that attended his funeral.

For forty years John Tobin served as Treasurer of Garryspillane GAA club. He was meticulous in everything he did. He would have made a great Minster for Finance. Everything had to be accounted for and during his time involved with Garryspillane there was never as much as a penny out of place.

He oversaw great change with many GAA people in the parish but during difficult times he played a key role in keeping the books in good order. John Tobin will be remembered for many things but his contribution to his family and Garryspillane GAA standout.

I first got to know John more than twenty years. A feature I always liked about John was his honesty. He was straight and to the point. He loved his native place, he could relay stories of games of the past with such clarity.

Men like John Tobin made such a significant contribution to the GAA. His likes were the real leaders and heroes of the GAA. They gave selflessly for the betterment of their clubs.

Garryspillane produced many great hurlers but they also produced some great people that worked tirelessly for the good of their club. John Tobin was part of the top table that has seen great work and development in Garryspillane GAA club in recent times.

He was a solid man and every top table needs one of them. John Tobin didn’t court the limelight. He, like others, kept a low profile but those in the know will tell you of the fine contributions he made.

Jim Dooley joined the top table as Secretary of Garryspillane GAA club in 1981. John Tobin was there to welcome him.

If you speak of Garryspillane GAA club the name that most comes to mind with people outside of Limerick is J P (JAP) Ryan.

He was a legend that so often could change the mood of a County Board meeting when he spoke. Jim Dooley has seen many come and go, all have done their best for the club and John Tobin was one of them,

“As a club we have had some great people. They worked hard for our club and the parish. John Tobin was an outstanding club man that gave forty years of service as a club officer. By any standards that is just outstanding. Men like John can never be thanked enough and we have lost a great friend. He was loyal, honest and always put the club first.”

It takes vision to lead a club and Jim Dooley showed a great deal of it during his service to Garryspillane GAA club.

“It takes a lot of effort to build a club and we have had great people. John Tobin was a great friend to me and his contribution to our new field purchase and development will remain a lasting legacy to him. He ran the club accounts like a business and his ability to get the lotto applications ready was masterful. John Tobin was valued by all in the club and in the parish. He was so well respected and we will greatly miss him. Hurling is a way of life here, having a good field was important to us and John Tobin played such a key role in making it happen.” concluded Dooley.

Former player and club officer Sean Burke has seen many changes in Garryspillane GAA over the years. He recalled many stories this week when we met.

“It takes special people to give the sort of service that John Tobin gave to Garryspillane GAA club. He was a pillar of the club. He will be remembered as a most loyal man that was always there for the club. Let it be training, matches or any event the club was involved in he was there. Over a long number of years we had great people, J P Ryan and Liam Hanley come to mind and John Tobin was in charge of funds as Treasurer when resources were hard to come by”

“What you saw is what you got with John. Some people tend to walk away from the challenge but that was not the case with John Tobin. John, like his late father Ned, was always ready to defend the club and the parish. He was a humble man that didn’t seek the limelight, he took pleasure from seeing his community doing well. During my time as a player and officer of club John Tobin took great pride in seeing the club on the field. We had some great teams and players but we also had difficult years but it mattered little to John. He took the view that better days would come again.”

John Tobin was around for Limerick to win a most special All-Ireland in August. He was there to see his club win the Premier Intermediate title and their minor hurlers win back to back titles.

That was a great year by any standards and while gone from the top table John Tobin left a great legacy and a foundation for the next generation to build upon.

John Tobin loved the GAA. He knew the value of it to community life and the part it played in keeping young men active.

His funeral was attended by GAA people from all over the county. He was seen as a man that played his part, a man that treated people with great respect. The Garryspillane jersey rested on his coffin and players past and present lined the roadside to honour him. The Tobin family have given much to the GAA at many levels and that was evident in the large crowds that attended John Tobin’s funeral. To his family, club and community I offer my sympathies at this sad time. May he rest in peace.