'Where do we go from here?' - Martin Kiely 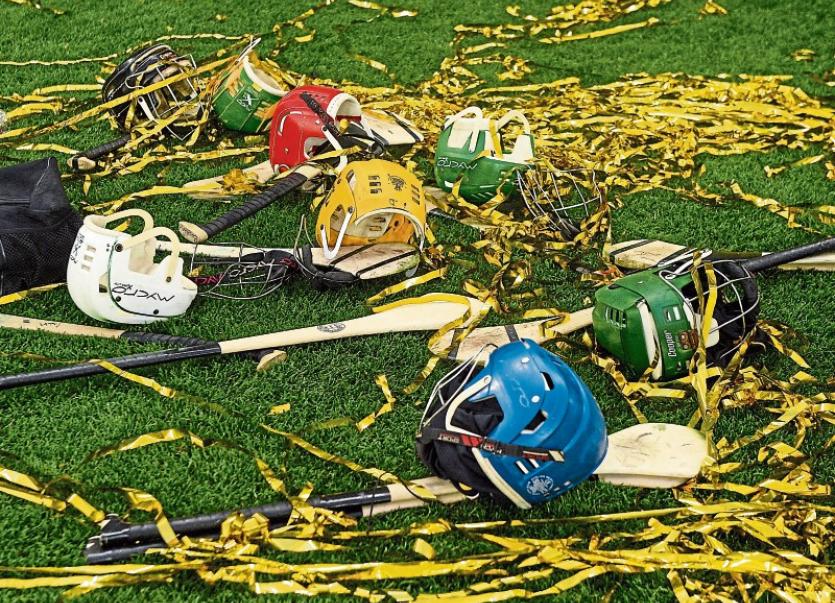 Are Limerick ready for the influx of new hurlers?

The journey towards winning the All Ireland hurling title took 45 years to complete and it is only right that such a win is celebrated.

The joy that the famous Liam MacCarthy Cup has brought to many places so far in Limerick has to be seen to be believed.

Limerick hurling endured much trauma in the intervening years since 1973 and lessons from that hard experience must not be repeated. The task of winning is never easy and it takes a special group of focused players guided by a strong manager and support team. The last few years has seen Limerick make a lot of progress at minor and U21 levels and this team is the product of such progress. Those players learned a lot between the ages of fourteen and eighteen and those experiences stood to them when it came to winning the All Ireland senior title. The question now is where do we go from here? How can Limerick build from the positive position they now find themselves in. It took great leadership to plot our win this year and it will take the same sort of drive, ambition, direction and leadership to put a foundation in place for the next ten years.

I said in recent weeks that sixteen of the panel and eight of the starting team came from the minor team of 2013/14. Those players were greatly helped by the direction and coaching they received from the underage academy. It was the plank that Limerick hurling was missing and many good people played a major part in making sure that the academy met the targets it had set its self.

Around those years the academy was extremely focused and it got a vital break when the minor team overcame Waterford after a replay in the Munster final. Limerick competed in the All Ireland final the following year and lost narrowly to Kilkenny. Would we have won last Sunday had that team won a minor title?

Waterford won a minor title and they appeared to be going in the right direction but time and results have proven that they are further away than they ever were.

It’s my opinion that the Limerick academy has lost its way. The focus has dwindled over the last three or so years and urgent action is needed if players of the future are to be found, coached and educated in the ways that will serve them long into their hurling careers. The results of Limerick teams in the various underage tournaments have been really disappointing and that was also the case when they played two weeks ago.

Many good people walked away and in recent times they have struggled to get people to work with teams. That should not be the case but sadly it was. Limerick need to build on the this All Ireland success and the academy needs to be rebooted and reshaped to cater for players over the next ten years.

Over the last couple of years many parents contacted me and vented their concerns with how the players were looked after. These were good people that just wanted the best for their sons but also for Limerick hurling.

I can remember having a long conversation with Eamon Cregan many years ago and how it upset him greatly that the win of 1973 was never built upon. Cregan maintained that a huge opportunity existed at the time and was very critical of how the County Board failed to put a proper foundation in place back then.

This time round the County Board need to see the wood from the trees. They need to call an urgent meeting with key people to put in place a plan that will make sure Limerick will continue to produce good young players that will grow into very good senior players.

They have a template from when it worked well and I would think it can even be improved upon.

Limerick need to be competing well at minor level and the new format will also help develop players. This year the minor team played a lot of games but I was surprised by how little they developed. They should have benefited from game to game but they didn’t grow and learn as a unit. There was much more in them. The line spun at the end of the campaign was they got experience but they needed and deserved a bit more than that.

Joe McKenna played a key role in building the academy and he can rightfully take a fair bit of credit for our latest success. He was the driver and often he got more hassle from the County Board than help.

The academy too has lessons to learn. They need to develop a new plan and that plan has to have succession built into it not only for coaches but also for people leading the academy.

It has to be a plan built around education for coaches and continuous learning. The one major problem that unsettled the academy was when it came to appointing the minor hurling manager.

Those involved with teams along the way felt they deserved to be minor manager. That area needs to be solved for the academy to grow and develop. It can be done and with honesty from all sides Limerick hurling will be the winner.

Limerick will be a hot bed of hurling at underage after All Ireland success. We will have to capitalise on what I expect to be a surge.

Young kids will respond to seeing the cup at schools and clubs will also have to cater for these young players. Many people have left the coaching staff over the past couple of years and more are due to follow. That area will need careful attention and a way must also be found that sees the people that take such positions be allowed develop also.

The entire structure of coaching at underage and schools levels would benefit from an overhaul. Players will respond and will respect good coaching and where that is the case parents will be happy to assist. We must not forget the dedication of parents that travelled the county over many years to assist the development of many of the young players that won senior medals with Limerick.

In my headline, I used the words “Where do we go from here”, the committee that I hope will be formed to look at this entire area might find a different working title but the outcome will be the same.

Now is the time to make a serious push forward, we can build on the work of the past and unlike before those young players will have players in Limerick with senior All Ireland medals to look up.

The value of this has to be tapped into. In any review of the underage academy it might be possible to find a way that would see the base widen somewhat. I fully understand the principles of having the best players in one group but we also have to find away to give opportunities to others. This can be done in the divisions.

The man that can take huge credit for building players at underage in Limerick is Gerry McManus. He provided the resources that made it possible and his financial assistance allowed the work to be done because such ambition and direction would never have come at County Board level.

Gerry McManus saw the value, he trusted the key people in the academy to administer the resources in the right and proper manner and without his contribution we would not be senior All Ireland champions today.

The future can be very bright for Limerick, the age profile of the current senior team gives us sometime to get the machine purring again. Lets build now for a better and more sustainable future for all young players who want to wear the Limerick jersey in the future.