Limerick hurler Paul Browne: 'I still feel part of it. That’s testament to the lads' 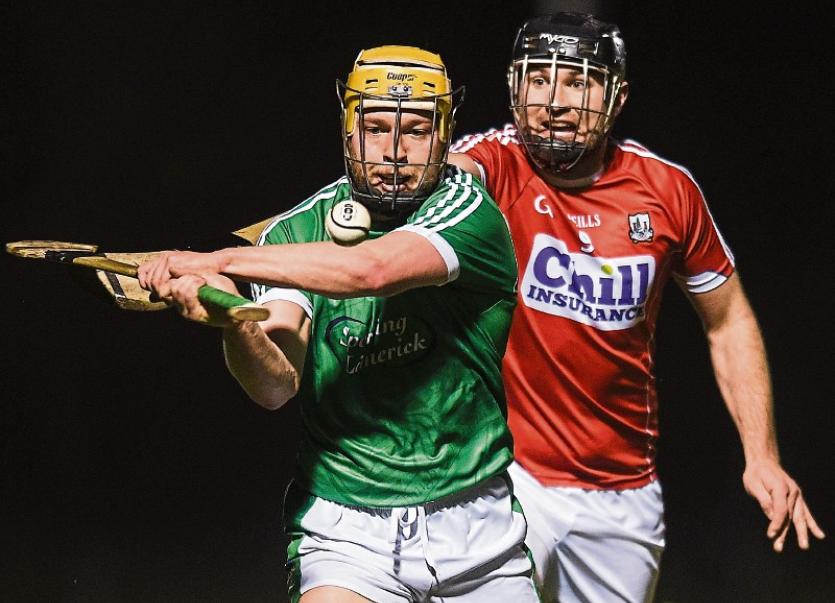 Limerick's Paul Browne in action against Dean Brosnan, of Cork, during the Munster Senior Hurling League game in December

THERE is some positivity around Limerick about the All-Ireland senior hurling final, but few could ever be as positive as Paul Browne and he has all the reasons in the world not to be.

Tearing his cruciate ligament in June, Browne knew straight away his season was over. He would not tog out again in 2018 and even though that was hard to take at the time, this current Limerick panel has made him feel he still belongs.

“You still feel part of it. That is a testament to the lads. Over the last couple of weeks they have been great friends. John and all the management team have been brilliant too. This is just a decent bunch of fellas. They have made me feel welcome to come to training and to matches," he explained.

“They have never made me feel like I was not welcome or anything like that. I even did my pre-hab at training with the lads. They are phenomenal athletes and good mates too.”

When chatting about the knee itself, Browne is all too aware of what is needed and how long a journey he is going to be on.

“It is literally small steps at the moment. I was at home the other day, before the surgery and I just couldn't move my leg. When it happened, you are wondering why me, but then you have to move on from it.

“I've had four surgeries on one knee and two on the other, so I know what is needed and what I have to do to get back, but that is on the back foot now.”

Browne was on the sidelines for the semi final win over Cork and he believes he can help in some small way.

“There is no point in being negative. I have to be positive around the lads. It is as simple as that really.

“I have a few seasons under my belt now like and I might see a few things in a match which I might leave the backroom team know about, or they might bounce something off of me from a player point of view. I am only trying to help out in any way I can and if I can add an extra 1% to the team, then that is 1% more than we had.”

Browne spent some time on the sidelines already this season, having to fight for his place in midfield alongside Cian Lynch, Darragh O'Donovan and the emerging William O'Donoghue.

“It was very difficult to try and get the jerseys off the lads. Fighting for your place on the team is not easy, but that is part of the small print on making a panel if you want to play. I didn't have my best games in the league against Clare and Galway and we the lads came in you couldn't fault them.

“You can't fault Darragh O'Donovan or Cian Lynch this year in midfield could you? They haven't even had a bad game. Then you have to contribute as much as you can from the bench then when you come on. It is just a different role.”

With talented All Ireland club winning players such as Alan Dempsey, Ronan Lynch and Adrian Breen all missing out on selection for the Limerick panel this season, Browne knew that the panel depth was at an all time high this season.

“There is that alright (player depth) and there were a million other things that fell into place too. It's not easy put your finger on why it is the way it is this season. It is like a jigsaw of a million pieces and sometimes you can put that together and other times you won't. We have some things right this year and we have to keep feeding off of that for as long as we can.”

The season, which ends in the cathedral that is Croke Park this Sunday, began in the boxing ring of all places. Browne attributes the good start to the season in the ring as a stepping stone to where they are now.

“The boxing was a brilliant start to the year for us. I think it was excellent for this group. If you can flog eachother in a ring for a while, then you won't have any issue taking ‘schelps’ off eachother in training either.

“Training has followed on from where the boxing left off to be honest.  It was full out at the time and the training was full out too.”

Postivity oozed out of the Bruff midfielder when we spoke, even when asked what this Sunday would be like from the sidelines.

“I don't know how I am going to wake up on August 19. I really don't. I really, really, don't care that I am not playing. I just want us to get over the line and do the job,” he said.

When asked one of the hardest questions you can ask an athlete, Browne was once more positive to the core.

If you were told you would win an All Ireland medal and tear your cruciate, would you have taken it?

“100%. Absolutely. Nine months? What's nine months? You would have that medal and feeling forever.”