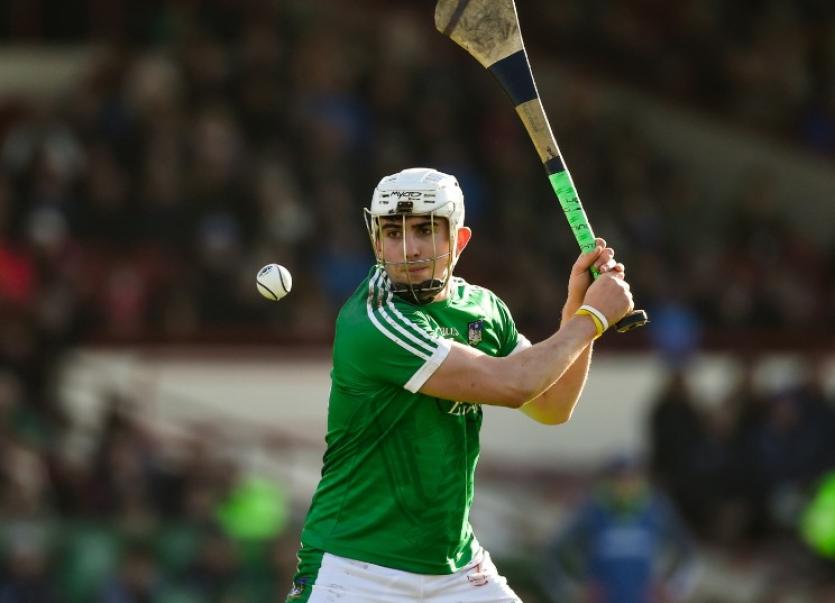 TOP scorer Aaron Gillane is back from suspension for Sunday's decisive Munster SHC derby between Limerick and Clare.

But manager John Kiely and his backroom team have to decide if they the Patrickswell man to the starting line-up or stick with the side that defeated Waterford last Sunday when Shane Dowling made his seasonal debut and starred with 15-points in his free-taking role.

With Gillane back and Na Piarsaigh’s Peter Casey nearing full fitness, the Limerick management have options aplenty in their attack. Limerick have used 23 players to date in the three games – 17 in starting roles.
Eleven of the 23 players used were in the forwards and that’s before Peter Casey becomes a fully fit option.

"The word headache is often used in reference to selection so maybe it should come with a box of panadol," joked John Kiely at this Tuesday evening's media briefing in the Gaelic Grounds.

"He (Aaron) is back in contention so that’s something for us to decide upon. He is in the mix the same as everyone else. He has worked hard and made very good use of his time, which he should. It was an opportunity to do something with the extra time he had. He will be fighting fit and mad for road on Sunday, I’m sure," said the manager.

"We are in decent shape - a couple of knocks and bumps after Sunday but nothing other than the run of the mill so they will be accessed on a daily basis but our expectation is that everybody will be fit for the weekend," he said.

"Last year we had dilemmas over injuries and that’s a much worse dilemma and a bigger pain in the head."

The Limerick hurling win over Waterford has guaranteed progress into the All Ireland SHC series.
The exact route for John Kiely’s men will be confirmed this Sunday (2pm) when Limerick make the short journey out the M18 to play Clare in the final round group game in Cusack Park, Ennis.
The permutations are numerous but Limerick’s destiny is in their own hands with a win or draw against The Banner ensuring a Munster final spot.
After Sunday, there are two routes for Limerick.
A July 1 Munster final with Cork in the Gaelic Grounds or against Clare in Thurles.
The alternative is a July 7/8 preliminary All Ireland SHC quarter final away to the winner of the Joe McDonagh Cup – Carlow or Westmeath. The winner of this tie would play the beaten Leinster SHC finalist (Galway or Kilkenny) in the All Ireland quarter final.
So all roads lead to Ennis – well for the capacity attendance of 19,000, which was confirmed sold out on Sunday evening. The Shannonside derby will be live on RTE One television.