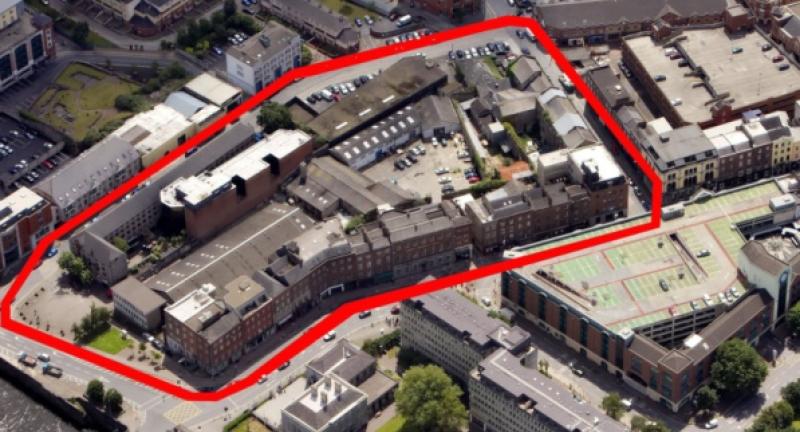 A SPECIAL meeting divulging details of the progress being made on the so-far €16m Opera Site in Limerick city centre has taken place.

Elected representatives were updated on proposals to formally dispose of the full site to Limerick Twenty Thirty before it goes before the next council meeting on November 22 for consideration and approval.

The 3.7-acre Opera Square project described by one councillor as being “the greatest project in Limerick city for centuries” once completed, is expected to provide for 3,000 jobs in the city.

Vincent Murray, the council's Director of Economic Development,  explained ownership of the entire Opera Site will be transferred to Limerick Twenty Thirty, as it is a legal entity that can look after leasing agreements and contracts for maintenance of water, waste and responsibility of other shared spaces.

Limerick Twenty Thirty is a wholly-owned subsidiary of Limerick City and County Council.

Mr Murray added that three buildings in the Opera Site development will be leased directly back to the local authority -  the new library at Barrow House, the Office of Public Works (OPW) and the Granary, each on a 999-year lease.

Demolition and enabling works for the overall project are to commence in March 2022, with 16 out of the 18 historic buildings to be retained, and the Georgian ones to be fully refurbished.

The overall 550,000 square foot site, upon completion, will contain an Opera Square with a six-storey office, retail and restaurant, an Apart hotel with 57 rooms, seven retail units and 13 apartments.

It will also contain Quinn’s bar and a restaurant, a new city library, a five-storey office building, a further 14-storey office space. There will be a full refurbishment of the Granary building and a basement with 155 car spaces and 495 bike spaces.

A main plaza by the Granary Courtyard and Bank Place will also be developed, as outlined in existing plans.

“Plans have also been put in place for EV charge spaces and there will be no fossil fuels in use in the entire site when complete as sustainability is to the fore,” said Limerick Twenty Thirty CEO David Conway.

In a question-and-answer session at the end of the presentation, Labour representative Cllr Conor Sheehan questioned the lack of residential units (16) that have been included in the overall site plan.

Several city representatives also alluded to the prevention of antisocial issues once the entire site is complete and asked for a security firm to be retained in addition to patrolling gardaí.

“Social issues are important,” Cllr Sharon Benson stated. “There has been no shortage of funding for commercial development, but we need to double down on tackling antisocial issues in the city.”

David Conway responded that the aim of the project was both retail and commercially focused and that the new Opera Site Square will be a “very busy space” that will “drive accommodation around the city.”