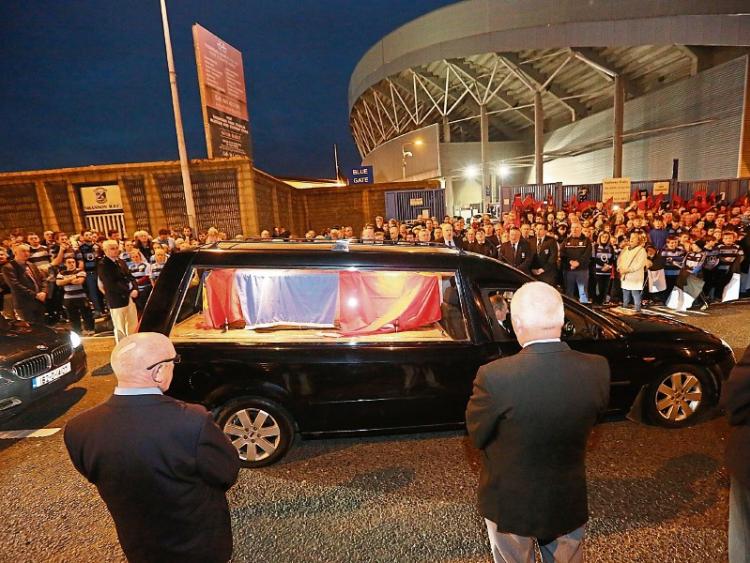 Huge crowds turn out at Thomond to greet Anthony Foley's funeral procession on its way past Thomond Picture: Press 22

FROM Shannon Airport to Thomond Park, they lined the route. Carrying with them memories that stretched over some 20 odd years, the Munster family saluted their homegrown hero as the hearse carrying his remains passed by.

It began with a soft round of applause at the exit of the airport where the special chartered flight from Paris carrying Anthony Foley's remains had landed at 6.15pm this Wednesday, coming to a crawl under the cover of darkness outside the spiritual home of Munster Rugby, the ground that had filled with roars at his every move on hundreds of occasions in the past.

And then it came and shook souls and soil – a rousing rendition of There is an Isle, the Shannon Rugby anthem, followed by the stirring Roll On Shannon Forwards. Hundreds of people turned out to pay their respects.

As the procession rolled past Thomond Park, one bystander remarked simply that it was ‘heartbreaking’. 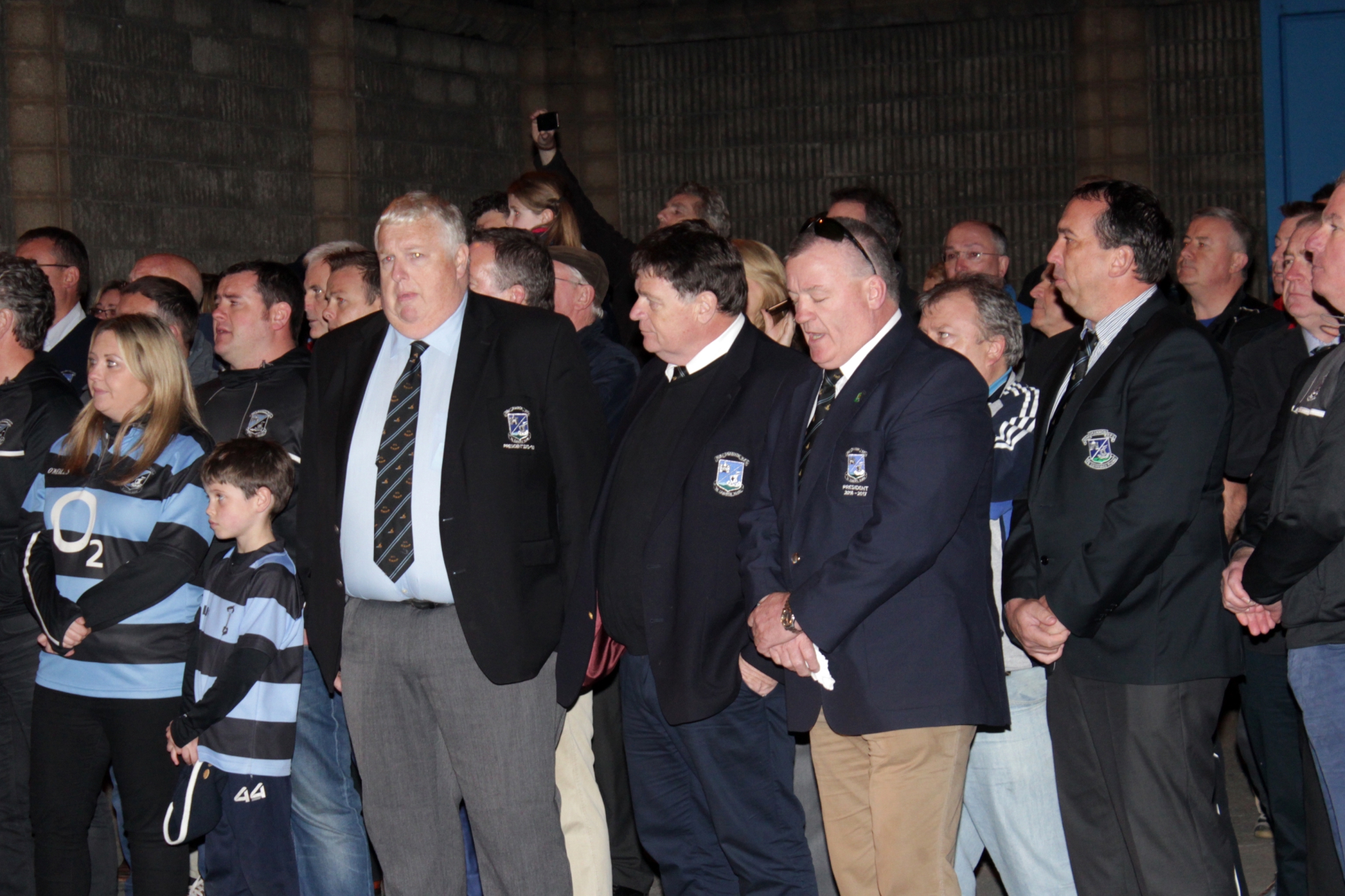 Anthony’s family and former teammates Paul O’Connell, Mick Galwey had travelled on ‘Ryanair 8’ – a private charter provided by the airline and specially named after his position on the rugby pitch. The cortege also passed St Munchin’s College, the school he represented with such distinction. 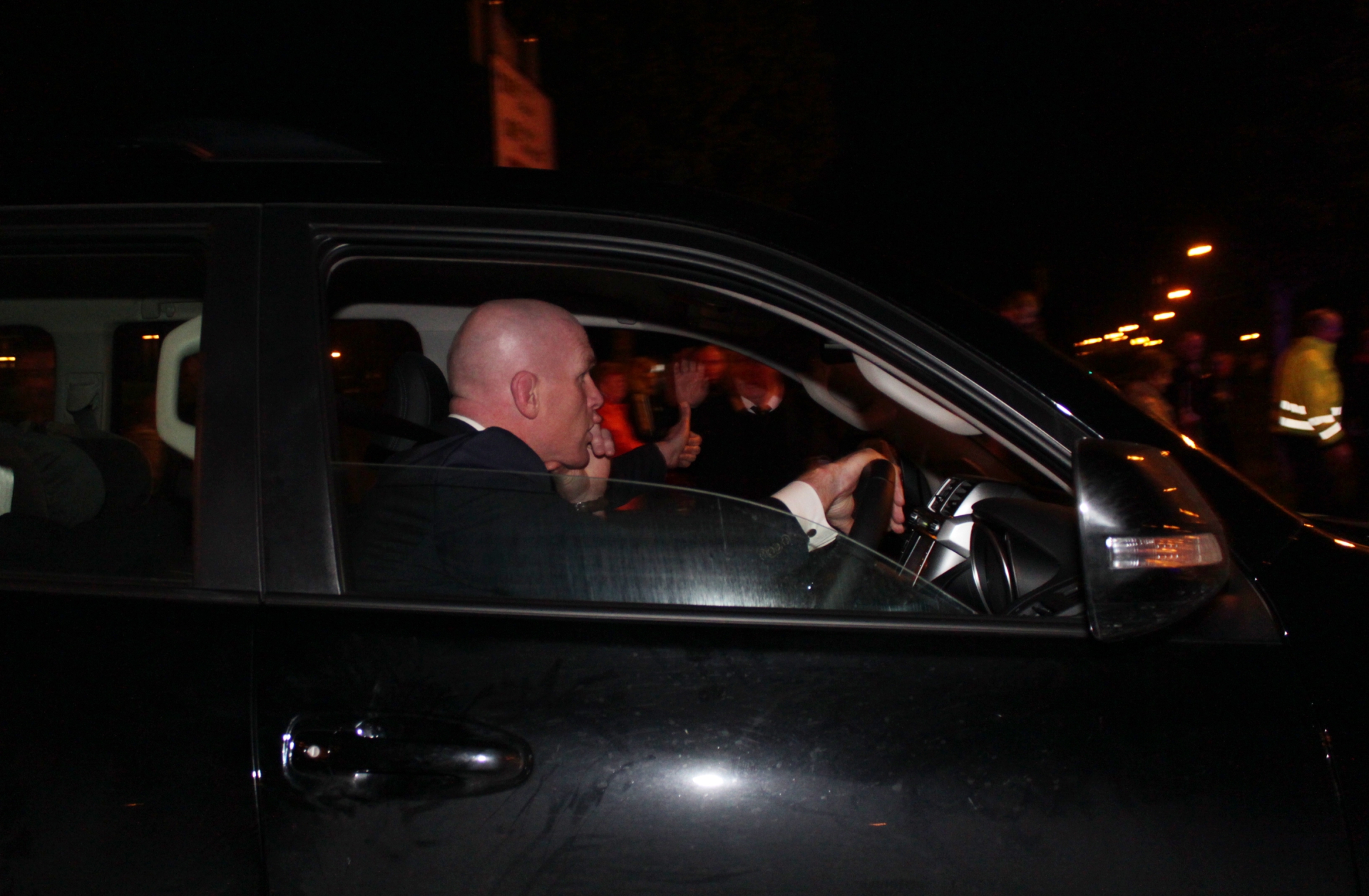 The Munster and Irish legend, who died suddenly in Paris on Sunday, was brought finally to his family home in Killaloe where his funeral will take place on Friday.

Perhaps not since the processions that brought Mick Mackey, Sean South and Jerry McCabe to their final resting places has such a crowd turned out, or has Limerick been so grief-stricken.

While Foley lived in Killaloe for 30 odd years, he was a product of ‘The Parish’, where his father grew up and played for Shannon RFC, living his early life in Murroe and going to school in Munchin’s.

The family was taken to Paris, where Foley died in a Novotel hotel in the west suburb of Suresnes, by a private Ryanair flight, reportedly at Michael O’Leary’s instigation. He was found at 12.40pm on Sunday by a Munster player and a hotel staff member, according to reports.

Earlier this week, his family – wife Olive and sons Tony and Dan – spoke of a “bottomless anguish” at the loss of “an amazing, adoring and loving father and husband; an equally caring, loyal and devoted son and brother; a central and go-to figure”.

“We have been plunged deep into an incomprehensible darkness and sense of loss that we must work our way through over the coming days, weeks, months and years.

“We know, too, that his sudden death has brought the rugby worlds of Shannon RFC, Munster, Ireland and much further afield crashing down. You have lost a former player, coach, friend and all-round inspiration – your and our hero both. We mourn his loss together.

“We again wish to thank everyone for their support; it will help carry us through these darkest days.”

An autopsy in Paris revealed that Foley had died from acute pulmonary oedema caused by heart disease, a condition that resulted in a build-up of fluid in his lungs. He was just 42.

Over 5,000 people have signed an online book of condolence set up by Limerick council, with more than 2,000 signatures in the physical version at City Hall and Dooradoyle. Books are also open at area offices in Newcastle West, Rathkeale and Kilmallock. All will remain open until the end of the month.

The funeral will take place at midday on Friday in St Flannan’s Church, with the church reserved for family and friends. He will lie in repose on Thursday night from 1pm to 8.30pm, with people intending on paying their respects asked to attend early. The house afterwards is private.

Burial afterwards will be at Relig Núa Cemetery, Killaloe.