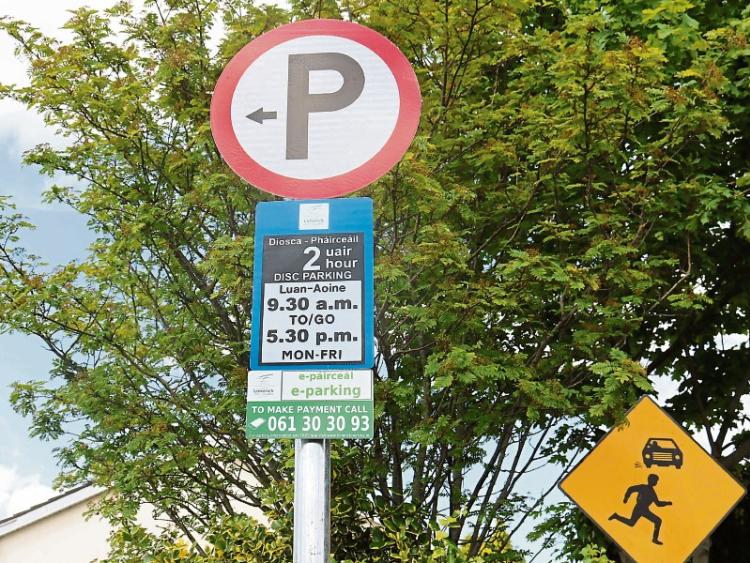 Signage erected at the car park adjacent to Raheen Church

THERE has been mixed reaction to the introduction of parking restrictions at the car park adjacent to Raheen Church.

Limerick City and County Council has erected signage indicating it is now governed (Monday to Friday) by parking bye-laws which require people to pay.

The area has been designated as a two-hour zone and will be patrolled by the local authority’s traffic wardens.

Car-owners who fail to pay are liable for a €40 fine as is the case with all on-street parking. The change was introduced by the local authority following a campaign which was initiated by former parish priest, Father Michael Noonan.

Fr Noonan issued a plea to commuters a year ago asking them to refrain from leaving vehicles at the car park. There was also a problem with people working at University Hospital Limerick using the car park.

This, he claimed at the time, was forcing elderly people to walk long distances in order to attend 10am Mass.

There was also a particular issue on days when funerals took place at the church.

Cllr James Collins says there has been a mixed reaction to the new bye-laws.

“Some people were using it as a park and ride and they were getting the bus into town and obvioulsy that was conflicting with the people who wanted to use the church for Mass and funerals,” he said adding that he has received a number of calls from people since the signs were erected.