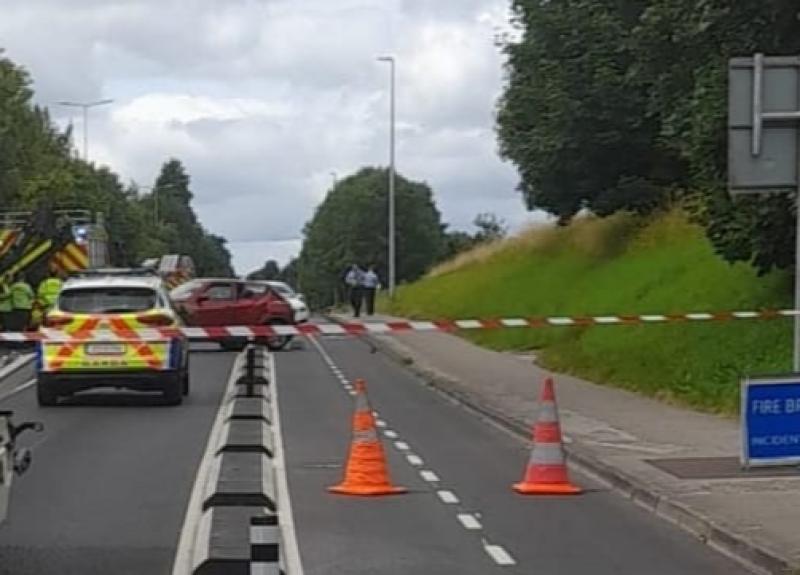 The scene of the road traffic collision on the Childers Road

MOTORISTS are being advised a section of Childers Road between the Roxboro and Kilmallock roundabouts in the city is closed due to a multiple vehicle collision.

Gardai say four vehicles were involved in the incident on the busy road on the outskirts of Limerick city earlier this Thursday.

It is believed one of the motorists - an elderly man - suffered a medical emergency while driving.

Garda warning following theft of parcel from outside Limerick home

Gardai, personnel from Limerick Fire and Rescue Service and paramedics from the National Ambulance Service are all in attendance. It is thought that emergency services had to use the bicycle lanes to reach the incident.

A garda spokesperson said they and other other emergency services remain in attendance at the scene of a four vehicle road traffic incident on the Childers Road at 9.00am.

"No injuries have been reported at this time. The road remains closed. Investigations are ongoing," said a garda spokesperson.