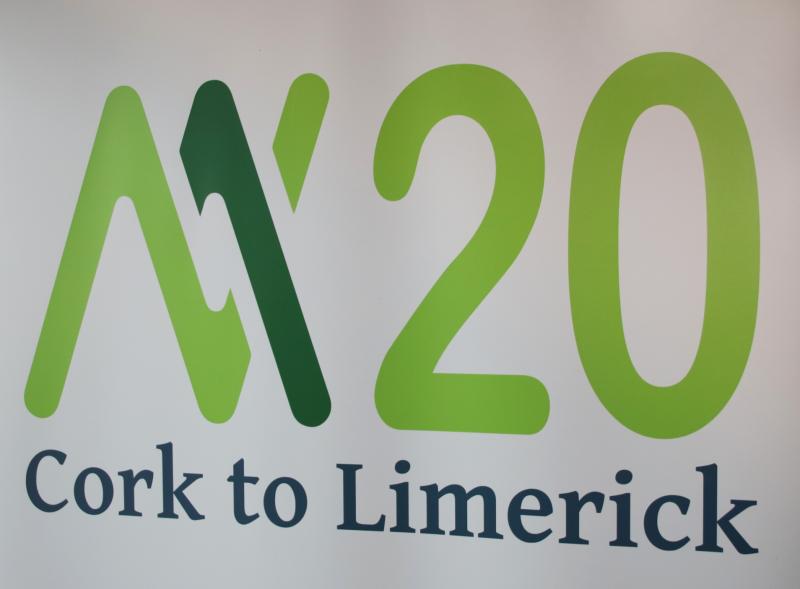 THE ROUTE selection for the Limerick to Cork motorway is expected to be announced in the "first half of 2022".

According to Minister for Children Roderic O'Gorman, who was speaking on behalf of Minister for Transport Eamon Ryan in the Dail yesterday, the project is now at route selection stage.

Minster O'Gorman was responding to Cork TD Colm Burke who asked for confirmation that the proposed N/M20 road would be proceeding.

Deputy Burke said that the current Limerick to Cork route poses a number of challenges to motorists and needs to be improved.

He said: "17,000 cars a day travel the road on the Limerick side, there is a huge volume of traffic and and commercial vehicles that use the road every day."

Deputy Burke noted the route selection for the bypass road in Ringaskiddy, County Cork was made in 2014 and it took six years to be signed off on.

"No sod has been turned on that road yet, I am concerned that the Limerick to Cork road will end up with the same delays. Upgrades need to be made on the Mallow to Cork road and bypasses are needed at Mallow, Buttevant and Charleville.This needs to be prioritised and not postponed again".

Minister O'Gorman agreed with Deputy Burke that the proposed road has the potential to address connectivity issues between Limerick and Cork.

"The road is included in the National Development Plan which has earmarked €5.1 billion for national roads up to 2030. The N/M20 road options have been progressed by Transport Infrastructure Ireland and they include a new motorway or the upgrading of the previous road.

"The public consultation had a high level of engagement and the project is now at the route option selection stage. A preferred transport corridor will then be announced by TII in the first half of next year."