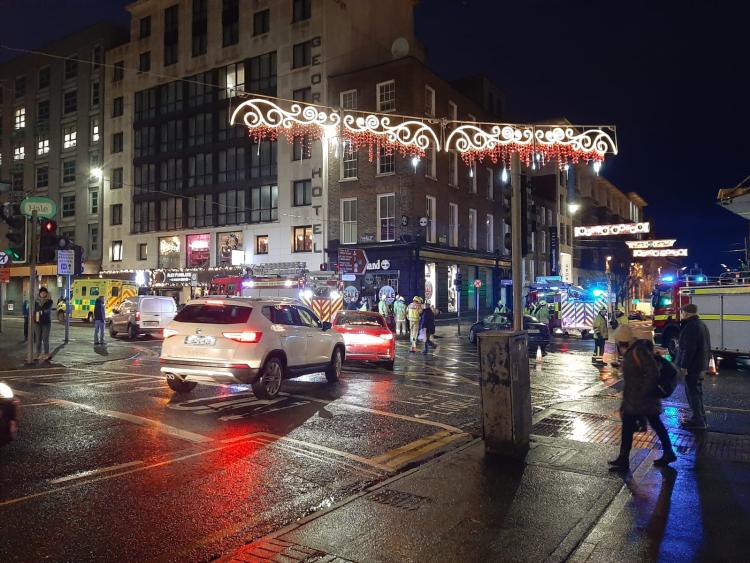 Emergency services at the scene of the collision at O'Connell Street - PICTURE: Donn O'Sullivan

MOTORISTS are being urged to avoid Limerick city centre following a number of road accidents this Thursday morning.

A section of Shannon Street has been closed following a collision which led to a vehicle mounting the footpath at O'Connell Street and striking the front of a commercial premises.

Now another car gone in the window of the shoe shop next to Savins in O Connell street in Limerick with a car in the road. Traffic will be manic! @aaroadwatch @itslimknow be careful on the roads!!

A separate collision occurred shortly after 7am at the junction of Lower Henry Street and Sarsfield Street while a section of the M7 motorway was closed for over an hour following a collision.

The single-vehicle collision occurred shortly before 7am this Thursday on the southbound carriageway – around 1km from Junction 28, Castletroy.

Five units of Limerick Fire and Rescue from Mulgrave Street attended the scene initially while units from Newport Fire Station were also deployed.

There are no reports of serious injuries following any of the incidents but gardai are warning of significant delays across the city.