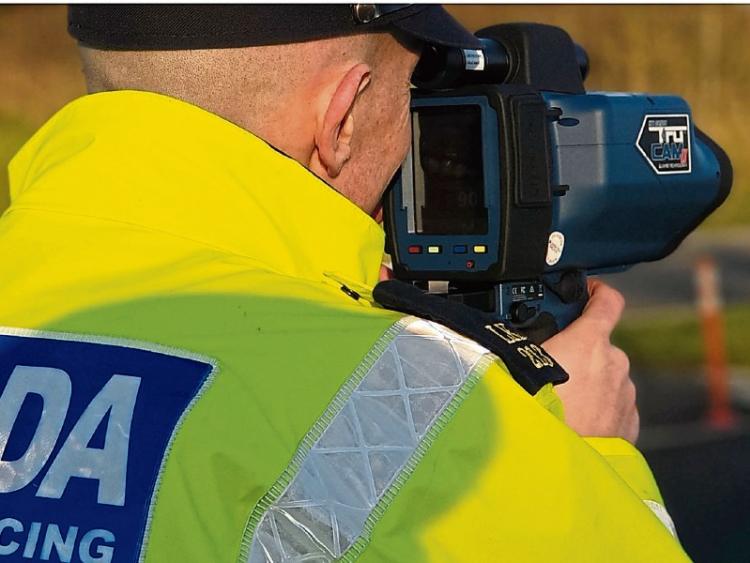 DOZENS of motorists were caught speeding on the main Limerick to Adare road during a garda operation earlier this week.

Members of the divisional Roads Policing Unit, have revealed that 36 vehicles were detected travelling at speeds in excess of 100km/h on Monday afternoon.

While some motorists were travelling slightly over the limit, a number of vehicles were clocked travelling at speeds in excess of 130km/h.

Those caught were issued with fixed charged penalty notices and the drivers will receive penalty points if they pay the fine or are convicted in court.

A new state-of-the art speed camera, which was recently rolled out in the Limerick division, was used during the operation which focused on a stretch of the N21 between Patrickswell and Adare village – after the end point of the M20 motorway.

The new digital camera is capable of tracking vehicles as they are travelling and a colour image of both the vehicle and the driver is generated in cases where a speeding offence is detected.

There are just a handful of the cameras being used across the country with one allocated to the Limerick division.

Gardai say one motorist who was detected travelling at 145km/h on Monday was transporting a three-year-old child who was not properly strapped in. According to a post on social media, the child was not strapped into their child seat while the seat was also not secured properly.

The driver was given a lesson on how to correctly fit a child's car seat.