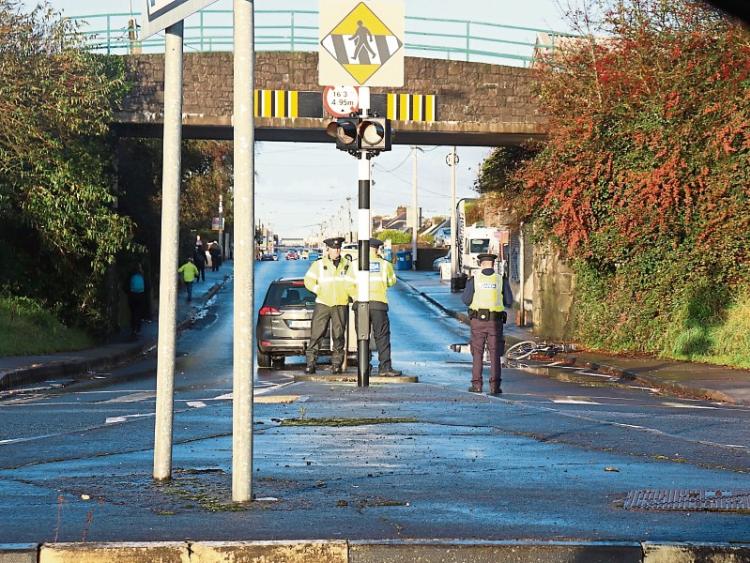 The scene of incident at Ballysimon Road | PICTURE: Michael Cowhey

A CYCLIST is being treated in hospital after he was seriously injured when struck by a car on the outskirts of the city early this Tuesday morning.

There was traffic chaos across many parts of the city following the incident which happened at Ballysimon Road – near the Tipperary Road Roundabout at around 7.15am.

Gardai and paramedics from the National Ambulance Service attended the scene of the incident which occurred near a railway bridge on the city side of the roundabout.

The 25-year-old cyclist was seriously injured in the impact and taken to University Hospital Limerick for treatment.

A section of the Ballysimon Road – between Tipperary Road Roundabout and Fairgreen – was closed for several hours to facilitate technical and forensic examinations of the scene. It has since re-opened.

The man’s bike and the car will also be examined as part of the investigation.

Gardai attached to Roxboro Road station are investigating the circumstances of the collision.

They are appealing to any witnesses or motorists with dash cam footage to come forward and can be contacted at (061) 214340.