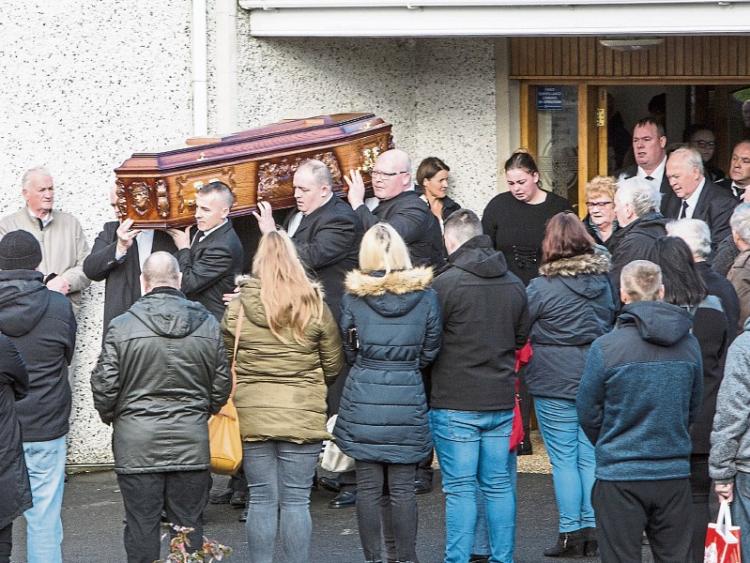 THE brother of Limerick murder victim Martin Clancy has thanked the community of Moyross for its support following his death earlier this month.

Eight days after the 45-year-old was found dead at his home on Little O’Curry Street, mourners gathered to pay their final respects at Corpus Christi Church in Moyross.

“The community in Moyross, it stood out this week, especially in the house,” John Clancy told the church.

“It was a sad occasion this week but it was a very funny occasion as well, for all of us because we were laughing and joking all week, telling stories.”

“The neighbours that were calling in all week, I’d like to thank you very much.”

Two men who were arrested as part of the investigation into Mr Clancy's death were released without charge on Friday, January 12.

Gardai have confirmed that investigations are continuing and that a file is to be prepared for the Director of Public Prosecutions.

“There are no words that I know for an occasion like this,” Moyross parish priest Father Pat Hogan told the funeral congregation.

“No words to explain anything or to make anything better.”

“I’m told that there is no greater pain for anyone than for a parent, a mother or father, to lose their children and lay them to rest. They say that is the greatest pain of all.”

“We can’t imagine the journey they have been on for the last week or more.”

“There’s a lot of waiting and anguish and loss and a lot of not knowing and everything very public.”

“It may not have been an easy time and it won’t be an easy time ahead. Loss cuts very deeply into family life, into parents especially.”

“Loss is painful and it rips through people's hearts and people’s lives.”

He is survived by his parents, his brothers, uncles, aunts, nephews, nieces, grandnephew, extended family and friends.