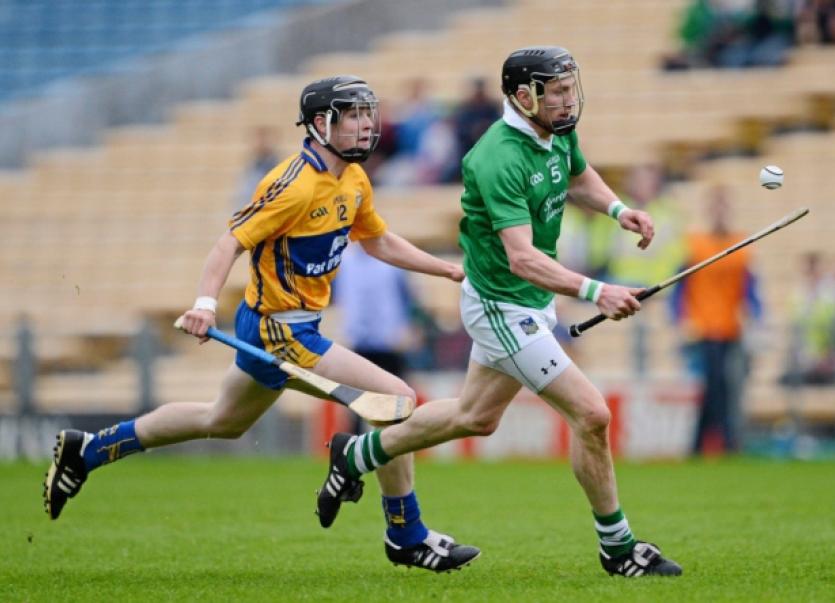 SINCE Clare won their quarter-final the banter between Limerick and their Shannonside neighbours has gone into overdrive.

SINCE Clare won their quarter-final the banter between Limerick and their Shannonside neighbours has gone into overdrive.

Limerick centre back Wayne McNamara finds himself in the midst of it and enjoys it.

“My mother (Vera) is from Ballyea - Tony Kelly’s club and she’s knows Tony’s parents,” explains McNamara of his Clare connection.

“I have had a few relations onto me asking for tickets for the All-Ireland final for the Clare section,” joked the Adare man.

But Vera will be wearing green and white on Sunday.

“She has no choice!”

“It all adds to the banter and that what’s great with a local derby - it’s great that two of us are in a semi-final and one of us will be in the final and touch wood and fingers crossed that we will get ourselves there.”

McNamara suggests that form will count for little.

“There is so much desire to win that form does really go out the window - there is a lot of desire there and hopefully that will stand to us to come through,” he explains.

“Local rivalry is great - I wouldn’t know too many of them personally but I would know them from playing against them last year and the year before. The league final last year wasn’t one to remember or the year before but we have had a good few games - last year it felt like we were them every week. We won the last game (2011 All-Ireland Qualifier) so they will be looking to get revenge again,” he outlined.

“Its all about delivering on the day - winning the Munster final was huge and that was one of our aims at the start of the year. We have had bad days and good days and look this year has been good and hopefully we can continue that on Sunday.”