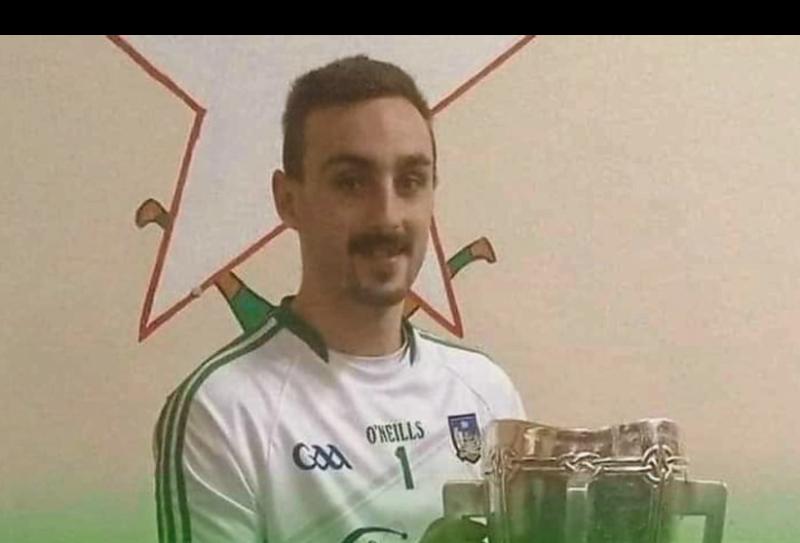 Jordan Fitzgerald, aged 25, from Kilfinane, was on a bus full of supporters heading to Croke Park when he fell ill. His death at such a young age has plunged his family, friends and home place into grief.

He will be laid to rest this Wednesday afternoon in the old cemetery in Kilfinane after requiem Mass in St Andrew’s Church. Jordan’s death notice includes a photo of him in a Limerick jersey, holding the Liam MacCarthy Cup, and the caption “Limerick for Liam”.

“He lived for Limerick hurling. He was born on September 1, 1996, the day Limerick were playing Wexford in the All-Ireland final and he died on the day Limerick played Galway in an All-Ireland semi-final. He loved sport, especially hurling and going to all the Limerick matches. Sean Finn and Gearoid Hegarty were his two main idols,” said Louise.

She said Jordan got a pain in his chest prior to the bus stopping in Circle K in Portlaoise.

“I’m just numb. I just can’t believe it. I just physically and mentally can’t believe I am burying my son. He was my best, best friend. He never gave me one ounce of trouble,” said Louise, who spoke tenderly of the special relationship Jordan had with his grandfather Paddy.

“He lived for Paddy. Paddy is heartbroken. He can’t get his head around it. We waked him in Paddy’s house,” said Louise. Her close friend Jenny Hogan said everyone is “heartbroken”.

“Jordan’s family were getting ready to watch the match at home, instead they got a phone call to say that their son had died on the way to the match. The whole place is in absolute shock,” said Jenny.

Tommy O’Sullivan, of Kilfinane Community Council, agreed that the town is in shock.

“He was only a young fellow, only a garsún. He was a grand fella, he was so well-known and so young. He was the picture of health, loved sport and was big into Limerick hurling,” said Tommy.

For Jordan’s birthday in 2021 he asked for donations to Milford Care Centre instead of presents. Tommy said this thoughtfulness summed him up.

Jordan’s sudden death is deeply regretted by his heartbroken parents Patrick (Pa) and Louise, stepmum Michelle, brothers Callum and Matthew and the late baby Tyler and Lee, sister Sophia, his adored grandfather Paddy and Johnny, grandmothers Mary and Mary B and the late Josephine, uncles, aunts, cousins, relatives, kind neighbours and a large circle of friends. May he rest in peace.