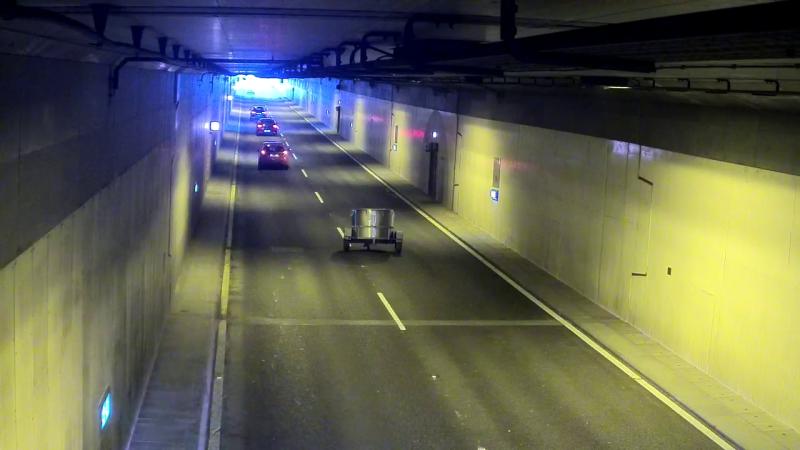 A PILE-UP in the Limerick Tunnel was narrowly avoided after a small milk tanker broke away from the car that was towing it.

The shocking incident occurred around 7am on the morning of Tuesday, March 15.

One of the motorists in the tunnel contacted the Limerick Leader to highlight what happened.

“There was a car in the left lane pulling a small kind of a milk tanker. Next thing, the car continued straight but the tanker was heading off to the right, over to the other lane.

“There was a car coming up in the fast lane at the time. How the driver missed it I don’t know. There must have been centimetres involved. It was like a stunt from an action movie. The tanker then bounced off the wall and went back over to the left lane,” said the driver, who didn’t wish to be named.

At that hour of the morning traffic was beginning to get busy, they said.

“If the tanker crashed into the car there could have been a pile up. It would have been a domino effect with cars crashing into each other and if there was a truck… It doesn’t bear thinking about. Something like that happened in Sydney a few weeks ago on the harbour bridge. It was scary,” said the motorist.

It is not known how or why the milk tanker became detached from the hitch.

“I just want this highlighted because whatever happened something went seriously wrong with possibly very serious consequences,” they said.

The Limerick Leader contacted Direct Route, which operates the Limerick Tunnel, regarding the incident.

A spokesperson for the company said: “CCTV has been taken and passed to the gardai for further investigation.” They kindly provided a still of the incident.

The Garda Press Office has been contacted to ascertain if the matter was being formally investigated.