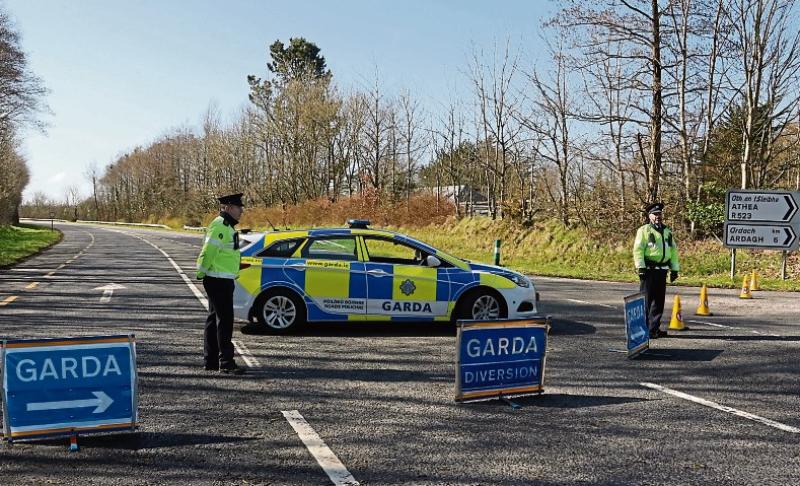 The scene of the fatal collision on the N21 was closed for more than 18 hours | PICTURE: Brendan Gleeson

THE GARDA investigation is continuing into last Friday’s fatal accident outside Rathkeale in which a male truck driver, in his early 30s, died.

The accident, involving an articulated truck and a car, occurred shortly before 3am last Friday at Killeheen, just beyond Reens Pike, on the west side of Rathkeale.

It is understood the truck was travelling from Newcastle West at the time while the sole occupant of the car was coming from the opposite direction.

At approximately 2.50am a collision occurred between an articulated truck and a car. The male driver of the truck, who was aged in his early 30s, was fatally injured in the collision,” said a garda spokesperson who confirmed he was the only occupant.

His body was removed from the scene to University Hospital Limerick where a post mortem took place. The man has not been named. The driver of the car, a West Limerick man in his 50s, was injured during the collision and was taken to hospital in Limerick with non-life threatening injuries.

Making a renewed appeal for information and witnesses, Sergeant Ber Leetch appealed to anyone with dash-cam footage to make it available to gardai.

"Gardai are asking motorists to come forward if they noticed anything suspicious on the road between Newcastle West and Rathkeale prior to the Collision or at the time of the collision. In particular, gardai are appealing to HGV Drivers and motorists for dash-cam footage that may be helpful to the investigation, however insignificant the motorist feels it may be, the footage could be of great help," she said.

The N21, between Reens Pike and Sweeps Cross was closed for at least 18 hours following the accident to allow a forensic examination of the scene to take place.

It is understood the truck was transporting as many as 28,000 young chickens to Mayo at the time and the majority of them died following the accident.

A crane, along with other machinery, had to be brought in to help clear the road. A 10-metre stretch of wall, part of an entry to a field, was knocked during the accident.

Local councillor, Adam Teskey, who lives very close to the scene of the accident, has extended his sympathy to the family and relatives of the dead man.

Anybody with information about the Killeheen accident or who may have camera footage is asked to contact gardai in Newcastle West on 069-20650, the Garda Confidential Line on 1800 666 111 or any garda station.