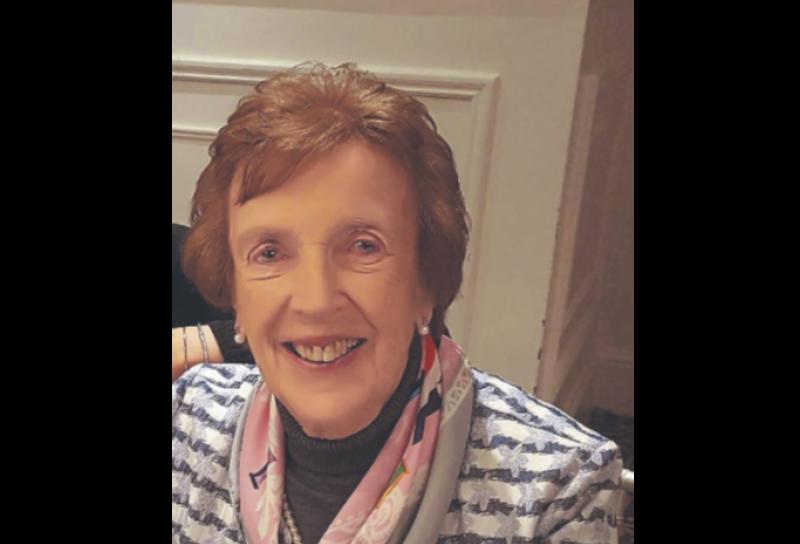 ON FRIDAY, January 14, 2022, family, friends and the community of Meanus gathered to pay their respects to Catherine Murnane, Caherguillamore, a woman who had a lasting impact on everyone and everything she encountered and whose passing has left all deeply saddened but grateful to have known her.

Born Catherine Ryan, only sister to three brothers Tim, JP (Jap) and Ned (Smiler), Knocklong, Co Limerick. Each of her brothers was of strong character and so she learned to find her own voice from an early age.

Following on from her secondary education in Hospital, she studied Commerce in UCD until the untimely death of her father when she returned home to help run the family farm.

Being both creative and industrious, she bred and trained greyhounds and was a regular at the greyhound tracks across the country, claiming many a coveted prize. She was also an active member of the Scarteen hunt, where she rode out regularly or hired out her horse to guests of the hunt.

She was a member of Kilfinane Macra na Feirme and held the office of secretary in the newly formed Knocklong branch for a number of years.

In 1968 Catherine married Pat Murnane, native of Lough Gur, who would become her soulmate. They settled in Meanus, beginning life together on the family farm.

The community and Meanus parish quickly became her extended family. She delighted in meeting one and all, with a genuine interest in people’s lives. Her appetite for parish and community work was ferocious. She spent many years with Meanus Ladies club and Grange ICA.

She held the office of Secretary of Meanus Church Restoration Committee until the re-opening of the church in May 1999. This was an initiative she was hugely passionate about, not resting until it was completed to the high standard the committee had set out to achieve.

Catherine was a passionate member of the Meanus Social Club, where she held the office of PRO. She was the loyal correspondent of the Meanus Notes in the Limerick Leader, submitting weekly for nearly half a century.

She diligently and passionately covered all achievements and news in the parish, keen to keep the parish identity alive and well in the county. For a small parish like Meanus, she ensured it had a weekly voice on the Leader.

She had an incredible empathy and love for people, and an appreciation of what everybody had to offer and so got the most out of all. She demonstrated these strengths when she established and ran the local community employment scheme.

This included improvement works to the Meanus Community Centre and GAA grounds as well as upgrade work to a number of the local graveyards.

She was never selfish with her knowledge or skills. Once she became familiar with her first computer, she ensured the community also got an opportunity to upskill and set up computer courses in the local Community Centre.

She had a great passion for education. Her involvement in the school parents’ council was significant in both FCJ Convent Bruff, and CBS Sexton Street, Limerick. She held the chair at different times in both schools, never afraid to air her view and always striving for improvement.

Following her role as Chairperson of the parents’ council in the CBS, she was elected to the Board of Management where she served her full term.

Catherine and Pat had five children: Deirdre (Murphy), Catriona (Kirwan), David, Gerard and Colm and 19 grandchildren each of whom Catherine doted on. She loved all the big family occasions; Weddings, Christenings, Communions, Confirmations, she simply loved life and brought an energy and a presence into any room she entered.

One of her other big passions in life was Limerick hurling. She had a huge grá for both club and county competitions. Her undying support for ‘the Bouncers’ (Garryspillane GAA) was finally rewarded when she saw them win the county final in 2005. She was a lifelong supporter of Limerick hurling.

After many highs and lows and occasionally swearing ‘never go again’, she finally witnessed Limerick bridge the 45-year gap and claim All-Ireland glory in Croke Park in 2018, forever a special moment in her heart. 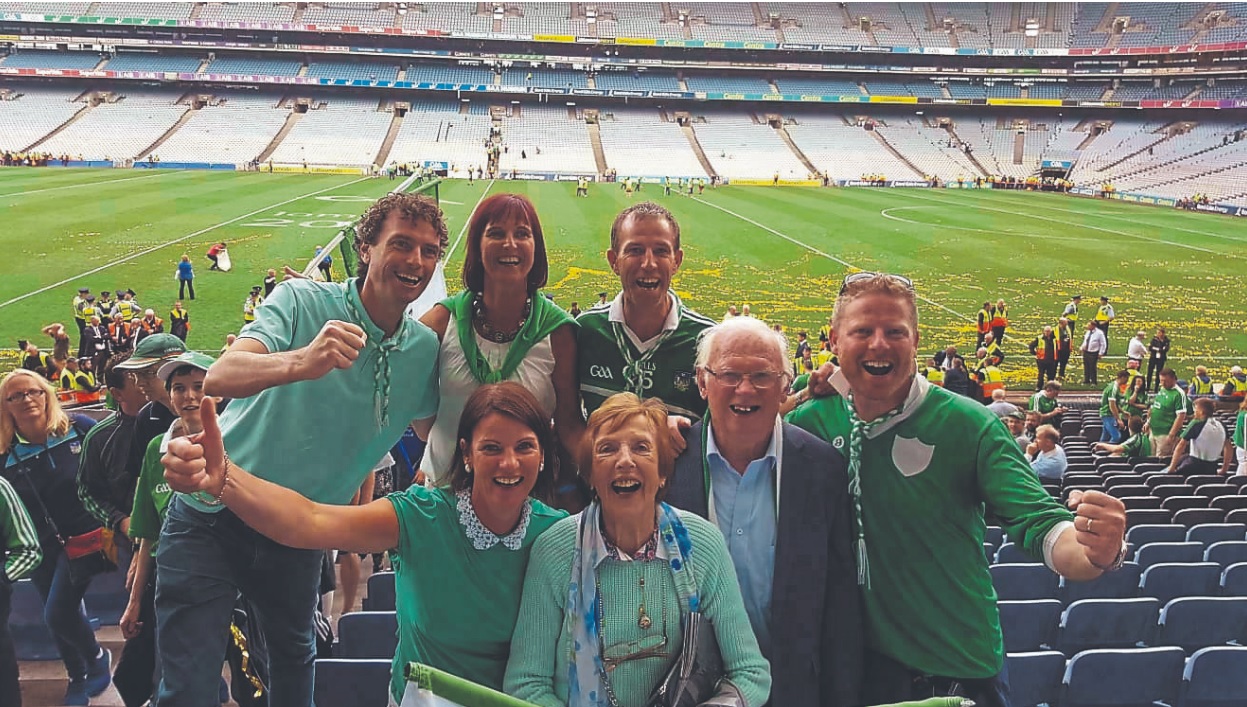 She was a regular at many venues down the years including Semple Stadium and Croke Park, right up to the All-Ireland semi-final in Croke Park in August 2021.

And so the lines go: “When the final whistle is blown, may the great referee when he calls her name, say, ‘you played it fair, you played the game’.”