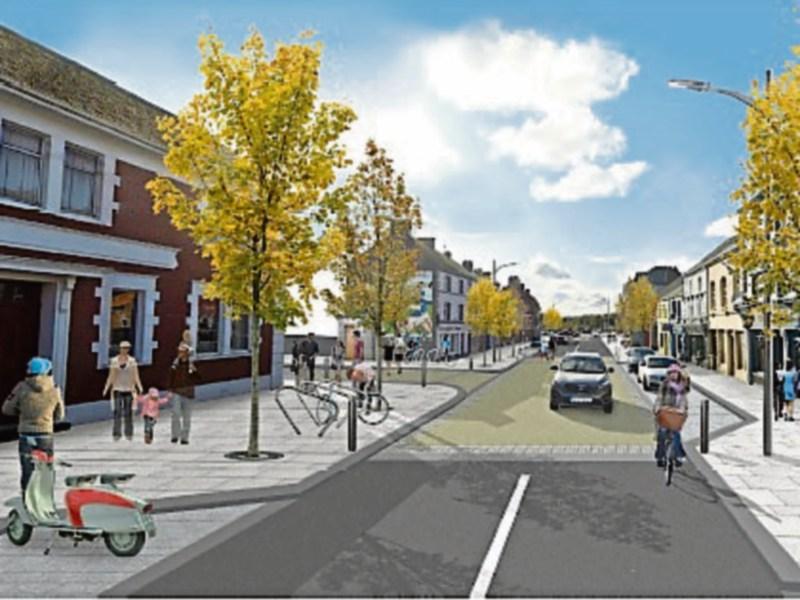 In impression as to how the new traffic scheme might look

THE long wait for a solution to Abbeyfeale’s traffic congestion and traffic flow problems is inching forward.

The plan is currently at detailed design stage, Kieran O’Gorman, senior executive engineer with Limerick City and County Council and the man spearheading the €8m project, has confirmed.

But, he told the Limerick Leader, the process for securing funding is also going ahead simultaneously.

After a great many changes and objections over the past five years, a final layout of the plan has been agreed and planning permission, which had to be voted on by councillors, was secured a number of months ago. Since then, further meetings with the working group in the town have taken place and the final layout agreed.

The detailed design stage currently underway entails looking at levels, ground surveys, public lighting and so on, according to Mr O’Gorman.

Once that stage has been concluded, the plan will go to tender and hopefully, the funding will be in place to proceed.

The proposal for Colbert Terrace was also a sticking point for a number of residents.

Funding for the project will come from Transport Infrastructure Ireland and the council but other funding bodies may also be approached.