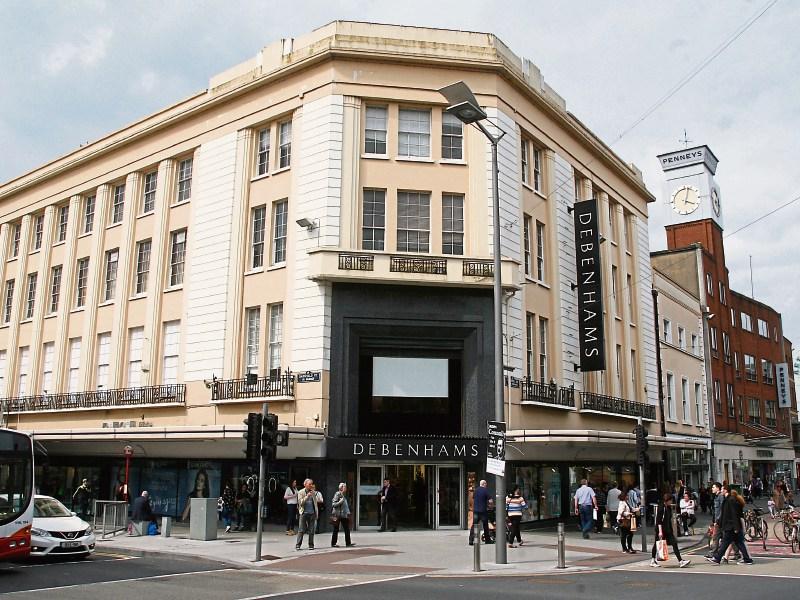 A SALE has been agreed for the former Debenhams building in the heart of the city, the Limerick Leader can reveal.

The multi-storey retail unit at the junction of O’Connell Street and Sarsfield Street has lain idle since the start of the first lockdown in March 2020, with the British retailer subsequently announcing its decision to close its Irish stores permanently a month later.

Some 110 jobs were lost in Limerick at the time, and for more than a year after, former staff picketed the site in an attempt to get what they felt was a fair redundancy settlement.

This ended in May, and Peter Love, divisional director of Cushman and Wakefield, which brought the property to market confirmed a deal has been agreed.

“It’s is agreed, we are in legals at the moment,” he said.

He declined to comment further, but the Leader understands the new owner of the complex will not be from a retail background. A sale price was not disclosed, but it was guided at €9m last year.

“The purchase of this iconic building is a major boost for Limerick,” said Fine Gael councillor Daniel McSweeney. “This investment in the city centre is a great show of confidence.

“It is inevitable that once this building comes back into use it will significantly increase footfall and also provide employment within the city centre which is extremely important for its revitalisation,” he added.

The chief executive of the Limerick Chamber Dee Ryan added: “It’s great news”, and said it highlights even more so the importance of the revitalisation of O’Connell Street.

“The pace of that work is critical for us in order to best support city centre retailers in ensuring they survive the next period of time and are in place to take advantage of the economic recovery. We want to ensure the city centre is best positioned to benefit from that, and we want to ensure the city looks attractive, is welcoming and has that destination feel to it,” Ms Ryan added.

Debenhams had occupied the premises since 2006 after it acquired Roches Stores. Before that it was a drapery.