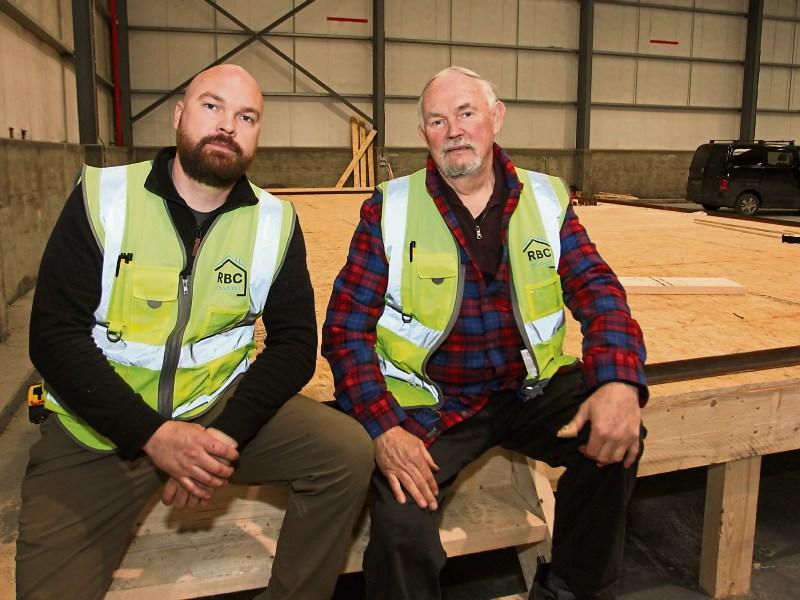 A PROUD Limerick family – firmly established in the New York construction industry – are the builders of 38 homes in Moyross and Southill for the Peter McVerry Trust.

“Everything about me is Limerick,” Michael Benn tells the Leader in his soft Queens, New York accent.

“I was born in Clare Street in 1948. My sister Theresa went over first and we all followed. I was in second year in CBS Sexton Street, aged 14 or 15, when we left.

“My wife Christina is from Vizes Field in Limerick. It was so funny - I knew her brother when I was in Limerick but I didn’t know her. I then met her at a Limerick dance in New York. It’s a small world, right. We got married and raised six kids - five boys and one girl. We have all come back and forth,” he adds.

Michael is a partner in Clenn Construction founded by one of his sons, Patrick. Michael joined the army after school and then got involved in the building industry in New York.

“I did all right. I can’t complain,” he says modestly.

So what brings him to be chatting to a Leader reporter on a cold and wet “summer’s” day in the shadow of a factory in the Galvone Industrial Estate.

“We’ve all heard about the housing situation in Limerick and in Ireland. I said to Patrick, ‘This is crazy - the best carpenters come out of Ireland; how can there be such problems with housing?

“There was a visit to New York by Limerick Council. Myself and Patrick were talking to the then mayor, James Collins. We kicked it out around together and we said why don’t we do something - let’s go over. Patrick knows this concept of timber frame volumetric modular homes inside and out,” said Michael.

His son, Patrick, takes up the story. He says making modular homes is a lot like how a car is built and is “50 to 60% faster than any other traditional builder”.

“It is all indoors so all the materials are kept out of the weather inside the factory so there are no weather delays on site. It is broken down to various specific individual tasks. You have a wall building station, a framing station, flooring station, sheeting, ceiling, electrical, plumbing etc. You have your sparks (electricians) working at the same time as your chippies (carpenters). It is assembled inside the factory to at least 85% completion. Connection points and some other fixing points are left open.

“When the houses come out of the factory they are completely weather tight. It goes to the site on a lorry, gets craned onto predone foundations. While we are working in the factory  our site team is working on the foundations. That is why there is no time delay,” explained Patrick.

He says if you are a traditional builder you're waiting for the site to dry, then when you start building you are dealing with all the outside elements and “slow supply chain”.

“We take all that out of the mix. Once the house is on site we drop the roof on, finish the outside works, plaster boards, connect the electrical, mechanicals, test it all and then say, ‘Here is your key, good luck’,” said Patrick.

Before they could start work they had to pitch their plans in Ireland.

“They turned around and said you need to get National Standards Authority of Ireland (NSAI) approval. They gave us a list of all the tests and certifications and hoops we had to jump through. We spent about a year and a half and a tonne of money doing that. We got all the certs, BER A rated, fire test certs etc. We built show houses in Galvone to show our products.

“Just when we were getting ready to roll out and look at sites and start work we got hit with Covid so that was another year and a half. Now we are back up. We have been working on a joint venture with the guys from Roadbridge called RBC Modular. We have entered into a formal contract with the Peter McVerry Trust to build 38 houses - 24 in Moyross and 14 in Southill,” said Patrick.

He and his father hope this is just the start in Limerick and Ireland in helping tackle the shortage of housing in this country.

“Any builders who have projects and want to place orders we will take them all. We can do large estates, small estates - it doesn’t matter - and build them faster. We want to make this a full-time entity in Limerick.

“We want to expand. We also have a social clause that we hire people from the local area. We have no problem giving people a chance and putting them to work. That’s what we are here for. We are here to make the local area better, not just the housing environment,” said Patrick.

When the factory in Galvone is fully up and operating, Patrick predicts 100 new jobs.

“As we get more sites and more opportunities throughout the country it will grow,” he said.

The Benns left Limerick for a new life in the United States but, like so many before them, home is where the heart is.