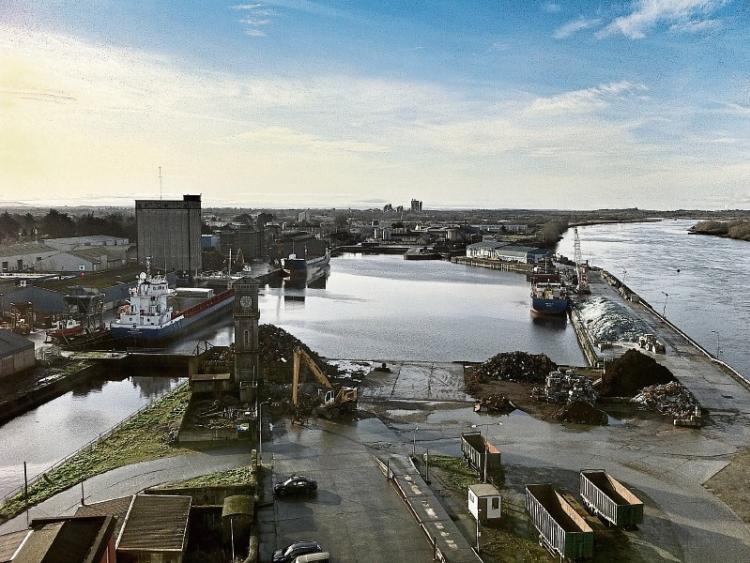 COUNCILLORS have approved plans to upgrade a section of road in a move which will help with the redevelopment of the Limerick Docks.

The Shannon Foynes Port Company has multi-million euro proposals to transform the riverside facility, and the local authority’s move to green-light the improvements is expected to pave the way for this.

At this month’s metropolitan district meeting, councillors were asked to approve the works, which will see Atlas Avenue and parts of Courtbrack Avenue and the Dock Road transformed.

The move will see Atlas Avenue become the main entrance to the Limerick Docks, which themselves are due to get a major upgrade under plans by the landowners, the Shannon Foynes Port company.

Currently, the main entrance to the dock is slightly further along the road inbound to the city centre.

The plans comprise of an upgrade of traffic signals and lighting at the junctions between Atlas Avenue, Courtbrack Avenue and the Dock Road.

There will be dedicated cycling facilities, and improvements to the pedestrian facilities. Dedicated crossings will be put in place for cyclists and pedestrians.

Meanwhile, access to private lands on the northern edge of Dock Road will be closed, and rights of way extinguished.

Parking bays on the Dock Road between the two streets will be removed, with the carriageway and footpaths widened. The footway on the southern side relocated to provide space for a cycle way and a widened carriageway.

An existing retail unit on the western side will be demolished to facilitate the widening of Atlas Avenue.

Council official Seamus Hanrahan said: “This application is about improving access to the Docks. It involves rationalising a junction currently a little bit haphazard. It also involves taking control of a retail unit, and its demolition to facilitate the improved access point.”

Labour councillor Joe Leddin proposed the approval of the planning application, saying: “The junction as it is is quite difficult in terms of HGVs accessing this avenue in terms of the narrowness. We have been inhibited for years because of the existing electrical factors premises fronting onto the Dock Road. I'm also cognisant of the ambitious plans the port company has on the docks. The upgrade of this junction will facilitate just just the safer movement of vehicles, it will become the primary entrance to the port facility.”

Fine Gael’s Daniel Butler added: “It's an important development. We want to move the current docks entrance up here so they can allow access to large vehicles on site and free up the opportunity to develop the docklands around the Bannatyne Mills entrance. It's a very exciting first step in this process. It's important we keep in mind this is a working dock, and there are jobs associated with it.”

Independent councillor Elisa O’Donovan seconded the passing of the application, adding: “Even though it might seem small, this is an important piece of infrastructure for people.”

Cllr James Collins, Fianna Fail, said: “It's a very busy port and it's something we need to support in the future. This access will allow development on some existing buildings and future development on lands owned by the port company.”