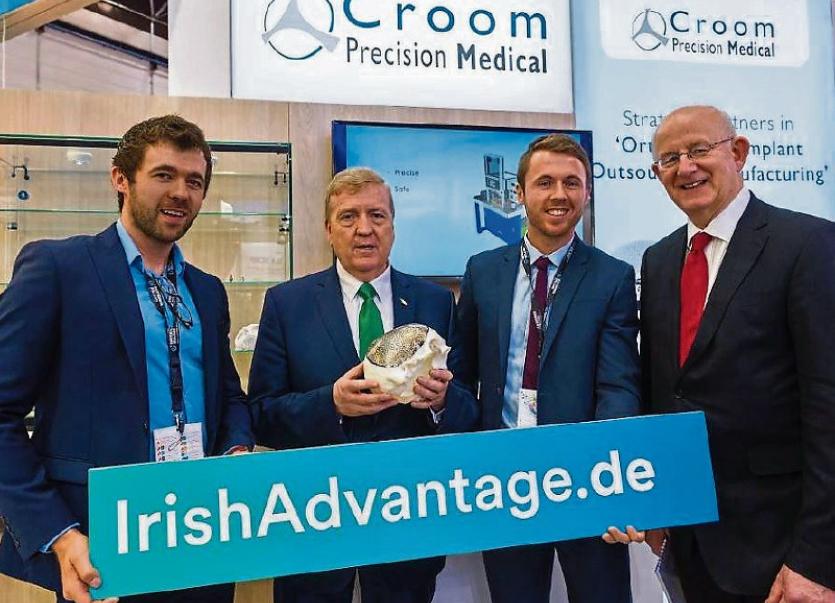 TWO Limerick brothers have put their heads together to develop an app which would allow the HSE to get a step ahead in terms of Covid-19 contact tracing.

The app, Tracing Ireland’s Population (TIP) is the brainchild of Dr Paul Byrnes, 27, and Patrick Byrnes, 30, from Croom and is focused on reducing the turnaround time of contact tracing efforts.

Paul, who is now based in Liverpool, had been monitoring the Covid-19 situation in Ireland when the idea for the app came to him. A major issue he could see was that data collection for contact tracing only begins once a positive test has been recorded.

“I was keeping in touch with what was going on at home and following the HSE’s guidelines and I quickly realised that if someone applies to get tested through their GP and if they do test positive, the HSE weren’t looking for their close contacts until after a positive test was returned,” he explained.

Given the delay between the time of booking a test, taking the test, and obtaining the result, the potentially infected person could transmit the virus to a large number of other persons.

“So between the initial application to the GP and actually getting the test results, seven days could lapse so this app was aimed at getting a head start in gathering that information and then once the test results were returned, the information is there for the HSE and they would be ahead of how they are currently doing things,” Paul explained.

The HSE has created contact centres to gather this information but the data obtained may be subject to human error and is a manually intensive procedure.

“Contact tracing relies on the recall and memory of interviewees and it is human nature that there will be instances when interviewees will not remember all their contacts. Therefore, beginning the data collection for contact tracing as quickly as possible is key to realise its true impact,” Paul said.

According to Paul, Tracing Ireland's Population (TIP) has the potential to overhaul the impact of contact tracing in its current format by reducing time required for contact tracing, and creating an efficient messaging service between close contacts. It also involves informing GPs of patients identified as close contacts, and involves integration with HSE portals.

“Information is key to battle Covid-19. TIP provides a base to capture this information in an efficient and concise manner,” said Paul.

To scale out the app nationally, funding has been applied through Enterprise Ireland, IDA Ireland and the  Science Foundation Ireland.

Paul who moved to Liverpool about five years ago and finished his phd in mathematics last September is working as a data scientist in a company in Liverpool. He worked on the app with his brother Patrick who is research, development and innovation manager at Croom Precision Medical, an engineering company in Croom founded by their father Paddy in 1984.

“My background is mainly in the data side and Patrick is a mechanical engineer so he was thinking more in terms of the applications and the process of how to actually interact with the public.”

To develop the app from concept stage to finished product took around two days. Information which is requested on the app includes a person’s contact details, a brief medical history, contact for GP and a list of contact details of the person’s closest recent contacts outside their household.

“It was quite straightforward because you are inviting the public to participate. The idea is that everything is transparent, there is nothing hidden beneath the surface. You are simply asking the public would you mind providing this information to help protect the people around you. The funding would allow us to scale it out across the wider population so the systems would be able to handle large volumes of traffic.

“If we get approval for funding we can go directly to the HSE and say 'look, this tool is here and is ready to go if you think it would really help the contact tracing efforts'. The main thing is to improve the turnaround time. The HSE are doing a great job really scaling up their contact centres but we’re trying to give them a helping hand saying you don’t need 4,000 people on the phones, you just need this system that will automate a lot of it and make work easier for you.