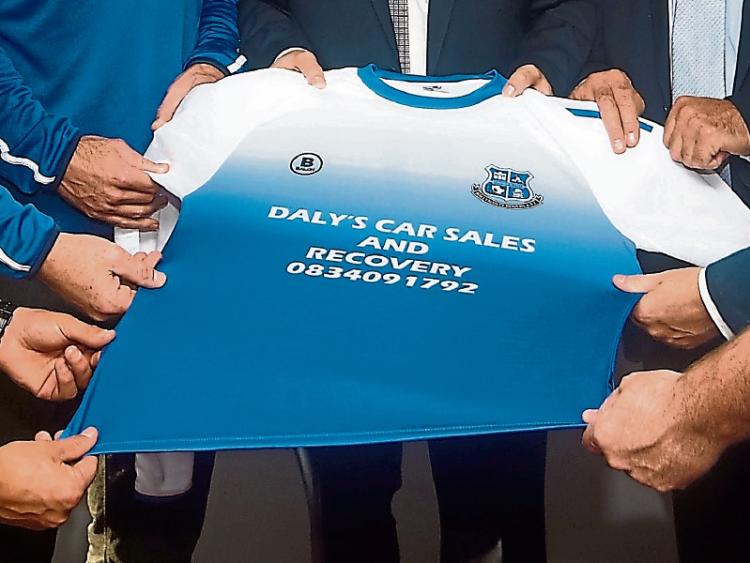 A LEADING junior soccer club’s bid to move home has got a step closer after permission was granted for major new facilities.

Ballynanty Rovers hope to move back to their spiritual base of Bateman Park within the next five years, after Clare County Council gave permission for a raft of measures at the site, which is on the border with the Banner county.

As part of a €1m blueprint, a five-stage plan is in place to make the former FAI Junior Cup finalists the envy of the local soccer playing world.

A modern grass playing surface is planned for Bateman Park, as well as the levelling off of the pitch, which slopes slightly from the Clare side.

On top of this, there will be new changing rooms, wrap-around secure fencing with secure entry and exit, plus practice and warm-up areas. It’s hoped at a later stage, they can install floodlighting.

Club chairman Ray O’Halloran said: “It was difficult to get everything together. But we are so proud to have gotten to this point. A lot of people were questioning our capability to deliver this.”

He said the development is crucial for the future of soccer on the city’s northside.

“It’s critical, not just for Ballynanty Rovers as a club, but for the community at large, and the under-age system. It gives us a great platform to build on,” Mr O’Halloran added.

It was only in 2018 that Ballynanty Rovers were given the title deeds to Bateman Park, a move which allowed them to confirm the purchase.

The FAI has helped the process by donating €10,000 to the cause, while Sports Capital grants have also come into play.

“A number of years have gone into this to set us to a pivotal point. The next stage is movement and getting it done. We are ready, we are well positioned,” the chairman added.

It’s hoped Ballynanty Rovers will be able to move back to Bateman Park in the next five years.

Up until then, they will continue to play at facilities in the Limerick Institute of Technology, adjacent to Thomond Park.

Ironically, it is these lands which the club originally donated to the college to allow it to develop its campus in Moylish.